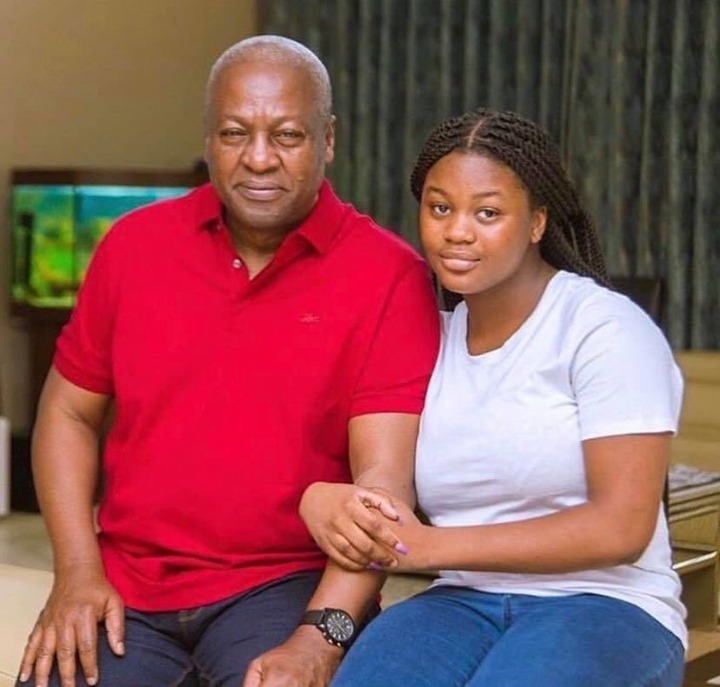 Farida Mahama is the most closest child to her Father since her childhood. Her relationship with her father is very strong with how they are normally seen together in Photos having a good time. Farida Mahama looks extremely beautiful as she is growing up to become a woman in no time.

With her appearance, you could see how Pretty she has become in some recent Photos she used to share online. Farida Mahama indeed deserve to be John Dramani Mahama’s Daughter. 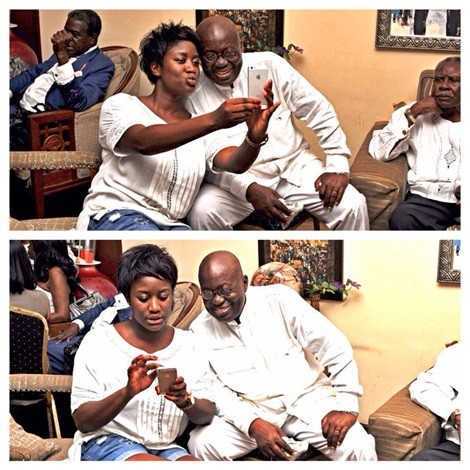 Meanwhile, President Akufo-Addo’s elderly offspring who is also known as Gyankroma Akufo-Addo who was born and raised in the United Kingdom. Gyankroma is also known with the Yoruba name as ‘Funmi’. Gyankroma lives in Ghana and works as the director of the Creative Arts Council.

Gyankroma and her father’s bond is very tight as to how her father shows her so much affection as his elderly Daughter. Gyankroma is a good ambassador for women empowerment due to how she carry’s herself with so much respect.

This are the first Daughters of President Akufo-Addo and John Dramani Mahama. Check out some Photos below;

There is a plot to kill me on Thursday, please help me – Kennedy...

Blessed Antwi - 19th January 2021
0
Kennedy Agyapong, the Member of Parliament for Assin Central claims he has been informed that he has barely...
Read more

Burna Boy teaches Shatta Wale that maturity is not for sale with his epic...

There is a plot to kill me on Thursday, please help...

Burna Boy teaches Shatta Wale that maturity is not for sale...