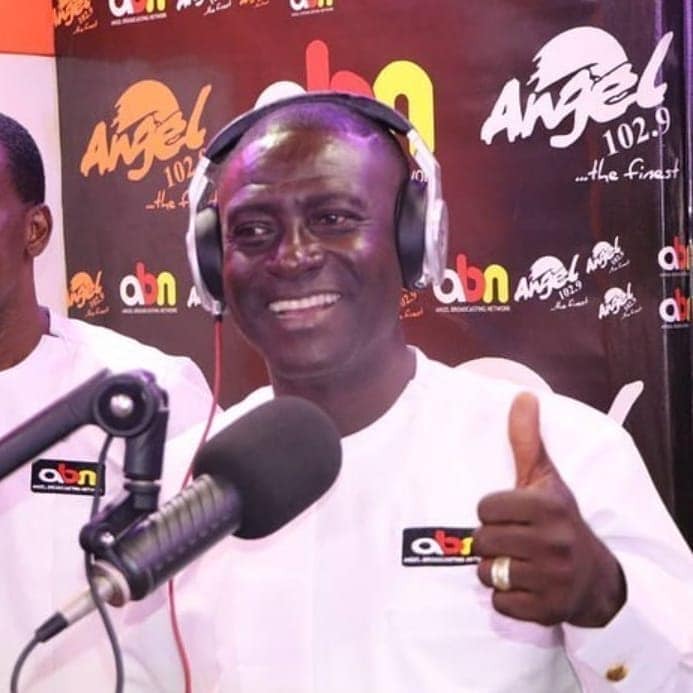 Captain Smart is currently with the Angel Broadcasting Network (ABN) who always shows up on the morning show to talk about past Political experiences.

He has been on the front line to educate and support and advocate for the less privileged in the society.

Yesterday, Captain Smart promised viewers to show the a rare video of how Osagyefo Dr. Kwame Nkrumah was buried as he was transferred from Guinea to Ghana for his burial.

ALSO READ  Beef Just Got Spicy!!: Fella Makafui Fires Back Real Hard At Sister Derby; Says She Has Thick A$$ And Has Won The Medikal Battle(+Photos)

After Kwame declaring himself as a President for life in 1964 he was plagued by economic downturn, political conflict, an assassination attempt, and general unrest while he established Ghana as a one-party state.

ALSO READ  Fire to fire! This is what Captain Smart did to Dr.UN after meeting him finally

In February 1966 while he was visiting Beijing, China, and Hanoi, Vietnam, his government was overthrown in a military coup d’etat.

Nkrumah never returned to Ghana and he exiled in Guinea until he died of natural causes in Bucharest, Romania, on April 27, 1972, at the age of 62.

Captain Smart as we all know as an exceptional presenter has bring up the video of how Kwame Nkrumah was buried in his hometown, Nkroful, a small village in the Central region.

Therealone Kay - 7th March 2021
0
The veteran Kumawood Actress popularly known as Rose Akua Attaa Mensah aka Kyeiwaa for some years now has been residing in the...
Read more

Independence Day: Ghanaians Did Not Understand The Black Net Around The Jubilee House; Until...

Therealone Kay - 6th March 2021
0
The Independence Day in Ghana is a special day (Holiday) set purposely to celebrate for leaders of the country who led Ghana...
Read more

Finally, Kyeiwaa Reveals What Killed Her Daughter, After Passing On Suddenly...

Independence Day: Ghanaians Did Not Understand The Black Net Around The...