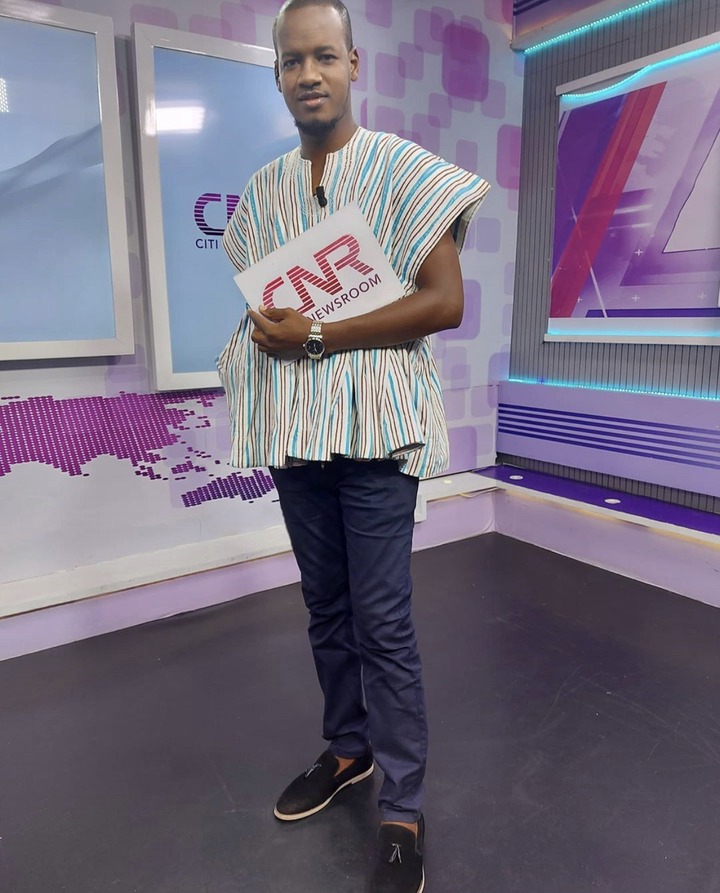 Umaru Sanda is a well known hustler who started from the scratch as a cow boy at Navrongo. Despite the challenges, Umaru Sanda has been able to be very successful even though he is not yet above the surface.

He became very clouted after his interview with popular actor, John Dumelo, after he put John Dumelo in a tight corner with his unprecedented questions over the V8 scandal in the NDC party.

Umaru Sanda is the News Head at Citi TV’s 6:PM News. He is also the host for the Face to Face show in which he has been able to interview top notch politicians such as, Asiedu Nketiah, Wayomi, John Mahama and many others.

ALSO READ  Meet Umaru Sanda, the Citi FM top notch Journalist who made John Dumelo to sweat during an interview on the stolen V8 saga

Umaru Sanda is a very big mentor to those who belief in the beauty of their dreams. From a cow boy to a top notch Journalist and TV presenter. Be inspired.

It’s True! Heavy Rain Shall Fall On December 7th But I Will Stop It – Popular Prophet Confirms

Nana Addo Finally React to The Chaos In Nigeria; Says He Has Spoken...

Bla Yaw - 21st October 2020
0
The president of the Republic of Ghana and leader of the ECOWAS has finally react to the current chaos in Nigeria leading...
Read more

Pastor Who Shaves Women Private Parts In His Church Angrily Walks Out Of A...

Bla Yaw - 21st October 2020
0
Do you remember the Ghanaian pastor who trended on social media some days back after a video of him shaving the private...
Read more

Bla Yaw - 21st October 2020
0
Some Nigerians in Ghana on Wednesday hit the streets to protest against what they call bad governance in their home country.
Read more

Bla Yaw - 21st October 2020
0
Following the chaos in Nigeria after a peaceful protest went wrong as force was reportedly used against the protestors leading to loss...
Read more

Nana Addo Finally React to The Chaos In Nigeria; Says...