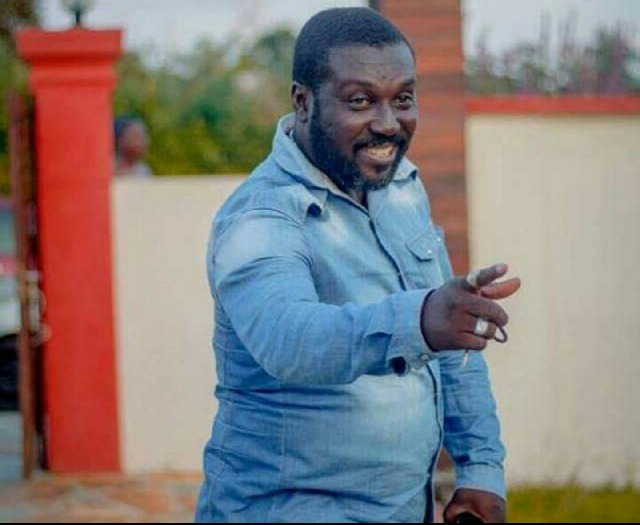 Michael Afrane started acting over a decade now but has been off the movie scenes for over 3-years now.

He showed up on an interview at One Ghana TV to elaborate more about his diversion to the Political grounds after quitting movie acting.

According to Michael Afrane, The New Patriotic Party (NPP) are deceiving Ghanaians with forgery projects that is not a reality but appears on paper. Speaking, he stated that, Dr. Mahamudu Bawumia is not being transparent in his doings as a Vice President of Ghana.

Michael Afrane has changed being an independent candidate to join the National Democratic Congress (NDC) to use his fame to support them and also have a role to play in his Constituency. He stated.

On why he quit acting, he revealed in 2016 ahead of the Election that, he stated that, he will resign if the former President, John Dramami Mahama loses the Election. He made this statement publicly which went very viral.

Unfortunately, John Dramami Mahama Lost the Election which made him to fulfil his claims by giving up on his career.

Speaking, he disclosed that, he will return back to the movie scene aside his political ambition if John Dramami Mahama comes back into Power in the 2020 Election, either than that, he will still be off.

He made this revelation on an interview today.

What Is Wrong With Some Women?See What A Woman Did To A Hawker On The Street That Got People Talking

Medikal Honors Shatta Wale With SM4LYF Tattoo And A Tattoo Of Baby Island And...

Bla Yaw - 19th September 2020
0
Some friends they say are more than siblings! It quite obvious the beautiful friendship between dancehall artiste Shatta Wale...
Read more

What Is Wrong With Some Women?See What A Woman Did To A Hawker On...

Bla Yaw - 19th September 2020
0
There is no doubt about the fact that, in our recent world today, cases of rape instances and s£xual harassment is becoming...
Read more

Medikal Honors Shatta Wale With SM4LYF Tattoo And A Tattoo Of...

What Is Wrong With Some Women?See What A Woman Did To...