The Founder and Leader of Perez International Church popularly known as Bishop Agyin Asare has been surprisingly very much controversial and over confidential in recent times as he was recently in a feud with Politicians. 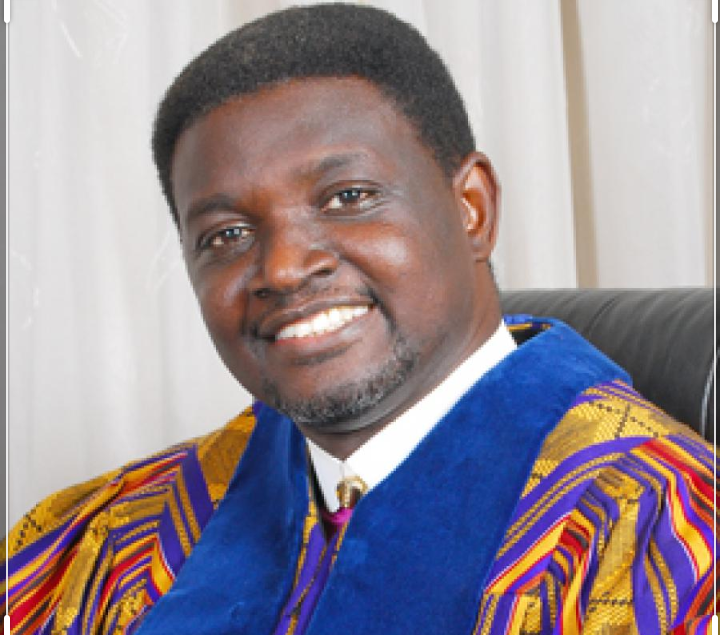 He started this agenda after a certain Pastor tagged him as a fake Pastor on The Seat Show at Net 2 TV and a replica of Bishop Daniel Obinim.

This called for the anger of Agyin Asare in which he started to address on the fundamental Political activities that is causing retrogression in the country for decades now.

This came as a surprise to many with how he was assumed as a quiet man of God who focus solely on his ministerial work but Bishop Agyin Asare switched into the Political grounds to descend on some Politicians who are corrupted as he claims.

ALSO READ  I have never kissed,smooched or chop another Lady except my wife - Agyin Asare

Meanwhile, it wasn’t a Politician who shaded him first but rather his colleague Pastor.

This has made some controversial NPP gurus such as Kennedy Agyapong and Chairman Wontumi and Kojo Oppong Nkrumah to also reply amicably as they vow to match him boot for boot.

It was apparent and speculated that Bishop Agyin Asare is an NDC Pastor because of how he was mute when the NDC was in power but now attacking the NPP government.

Meanwhile, Bishop Agyin Asare yesterday evening was interviewed via phone call to discuss more about his ambition on the Political grounds as a Pastor and his preferred Party.

ALSO READ  Among Ghanaian Musicians, Shatta Wale is so Real and Truthful to Life and I like him for that - Nigerian Actor Mike Ezuruonye (VIDEO)

According to Agyin Asare, people think that he is an NDC Pastor but that is delusional because he is in a very tight and healthy relationship with President Nana Addo Dankwa Akufo-Addo whom they talk on phone always. He calls me and we pray together. He stated.

NDC is never my Party, they tagged me as an NDC Pastor way back in the late 90s after my church emblem was Red, White and Green that drew people attention of me being an NDC Pastor but I changed it to debunk those rumuors so I have been tagged as an NDC Pastor for long. He averred.

Kumawood Actress, Mercy Asiedu Exposed For Flaunting Someone’s Baby – She Has Not Given Birth

Bla Yaw - 24th October 2020
0
Former AIDS Ambassador, Joyce Dzidzor Mensah has given us a rare opportunity to see her white boyfriend whom she has been dating...
Read more

Kumawood Actress, Mercy Asiedu Exposed For Flaunting Someone’s Baby – She Has Not Given...

Bla Yaw - 24th October 2020
0
Kumawood Actress Mercy Asiedu yesterday was all over social media after she took to social media to post photos of a newborn...
Read more

I’ve Learnt All The Wife Material Skills Needed To Make Your Home Sweet –...

Bla Yaw - 24th October 2020
0
A beautiful lady Identified as Igbo Amarachi Esther has taken to Facebook to weep about her being single for a long time even...
Read more

Emotional JJ Rawlings Was Unable To Read His Tribute At His Mother’s Funeral, Daughter...

JM should stop campaigning for he has spiritually lost the elections – Apostle St...

Bla Yaw - 24th October 2020
0
This year’s general elections scheduled for December 7th I’ve just around the corner and prophecies upon prophecies has been made ahead the...
Read more

I’ve Learnt All The Wife Material Skills Needed To Make Your...