In this very Election year, All Political Parties in Ghana are endeavouring to come out victorious with all aggressiveness.

In Ghana the two Policemen Party Giants is the; New Patriotic Party (NPP) and the National Democratic Congress (NDC). This two Parties have been rivals for over a decade now due to how they normally lead other Parties in vote counts. 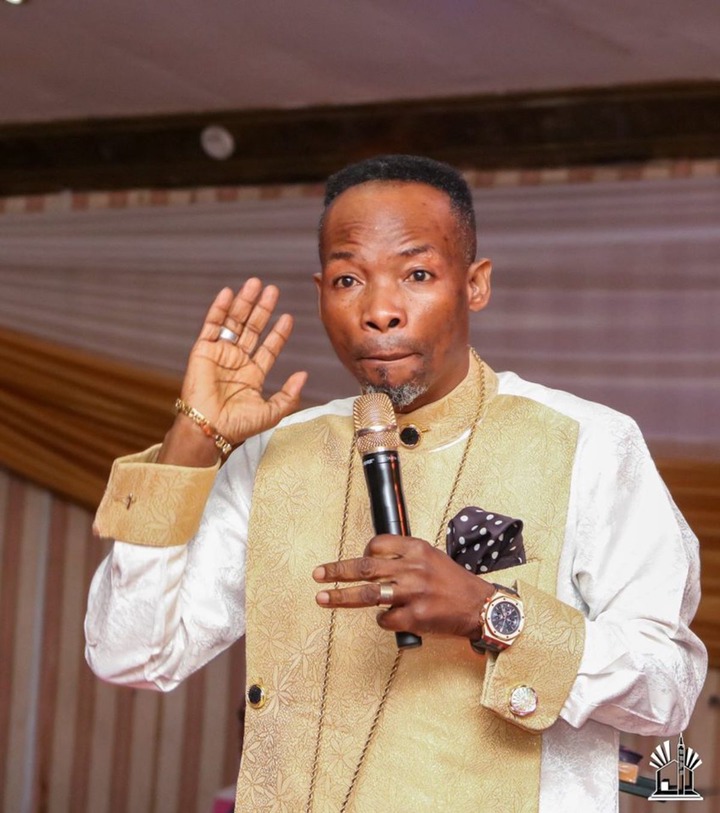 Meanwhile, The Founder and Leader of the Alive Chapel International (ACI) widely known as Bishop Salifu Amoako was once tagged as an NDC Pastor due to how relatable he was to former President, John Dramami Mahama.

ALSO READ  Body no be firewood; Nana Aba reveals what keep her mind occupied at night.(+Screenshot)

Just this morning, Bishop Salifu Amoako showed up on Oman TV to give details on his prophecy over the 2020 Election unhesitatingly.

According to Bishop Salifu Amoako, John Dramami Mahama shouldn’t have lost the 2016 Election because he was destined to come out victorious but unfortunately, his appointees and members of the NDC, did something wrong in their office which called for the ralph of God leading to his undeserving defeat.

Speaking whether John Dramami can get back into government in this year’s Election, he disclosed that, According to God’s revelation to him, President Akufo-Addo will still get a second term in office no matter what but he don’t know if God will change his view.

Elaborating on this, he stated that, there is corruption in every institution even the USA White House so you can use corruption to determine the potential of winning Election.

He then urged Ghanaians not to vote by manipulations of prophetic revelation but they should vote for their cherished Party’s whom they think has done a great works in Ghana.

Video: This is the project the NPP parliamentary candidate went to inspect before dying in a car crash

Bla Yaw - 28th October 2020
0
Rapper Joey B is having a good time on the set of Lil Win’s Cocoa TV series in a new video sighted by...
Read more

“The Past is not the present” KNUST’s Sammy set to find new love on...

Bla Yaw - 28th October 2020
0
Do you remember Sammy if KNUST? the guy who went viral after his girlfriend given as Nana Ama broke up with him...
Read more

I Wouldn’t Have Been In Prison Today If I Had Listened To My Mum’s...

Another Chairman Is Down! Young Man Break Down In Tears After Suffering Broken Heart...

Bla Yaw - 28th October 2020
0
A young man has been left heartbroken after his lover decided to end relationship with him and offed her phone so she doesn’t...
Read more

“The Past is not the present” KNUST’s Sammy set to find...

I Wouldn’t Have Been In Prison Today If I Had Listened...