In this very Election year, All Political Parties in Ghana are endeavouring to come out victorious with all aggressiveness. 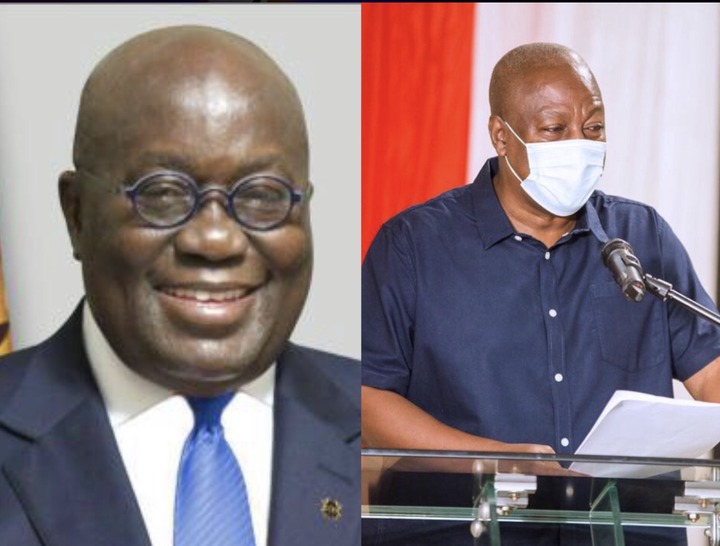 In Ghana the two Political Party Giants is the; New Patriotic Party (NPP) and the National Democratic Congress (NDC). This two Parties have been rivals for over a decade now due to how they normally lead other Parties in vote counts. They have been the most prominent Political Parties for over so many years now.

The New Patriotic Party (NPP) since coming into government has been very influential and consistent in their doings in order to lure and convince Ghanaians for them to get another term in office with their progressive policies.

ALSO READ  See some reactions of Ghanaians after Bole Chief exposed his own son, John Mahama

The National Democratic Congress (NDC) too are endeavoring to come back into power after experiencing a shock defeat in the 2016 Election to their rival, NPP.

Meanwhile, The Founder and Leader Of Spring Foudation ministry showed up on an interview to elaborate more on a Prophecy he has made ahead of the 2020 elections in favor of the NDC Flagbearer, John Dramani Mahama.

ALSO READ  Fire to fire: This is how John Dramani Mahama's running mate choice could affect the NDC drastically

According Apostle Dr. Olam Bohyeba, whiles he was praying, God revealed to him in a revelation that John Dramani will pull a surprise victory in the 2020 elections which will shock Ghanaians especially the ruling party.

Speaking, he stated that, it is not a done deal for the NDC because God can Change his mind at anytime soon because the future is not certain and the Prophecy alone can’t make the NDC victorious but they can be victorious only if they work hard towards the Election.

Speaking, he revealed that, God helps those who avails themselves so even if God chooses you, you don’t have to be idle but rather you need to portray an act of readiness. He stated.

Video: This is the project the NPP parliamentary candidate went to inspect before dying in a car crash

Thief beaten and stripped n@ked like a “Tulaku” Goat at Teshie after he was...

Blessed Antwi - 18th October 2020
0
A thief has decided to carry out his operation in the vicinities of Teshie in Accra but luck eluded him, and he received the...
Read more

I shall curse Pamela Odame if she does not take care – Kumawood actress,...

4 more to die – Prophet Who prophesied NPP’s Yapei Kusowgu dead out with...

Blessed Antwi - 17th October 2020
0
Aaron Datsi as Cyril of YOLO fame is now a father of a bouncing baby boy. The famed actor with her fiancee,...
Read more

Agya Koo And Kennedy Agyapong clash as they Team Up To Campaign At Assin...

Blessed Antwi - 17th October 2020
0
The Member of Parliament for the Assin Central Constituency popularly known as Hon. Kennedy Ohene Agyapong aka Akompreko has been a very...
Read more

Thief beaten and stripped n@ked like a “Tulaku” Goat at Teshie...

I shall curse Pamela Odame if she does not take care...