Recently, a Ghanaian man allegedly shot his fellow Ghanaian native who is known as Prince Asare who was just 31-years of age. 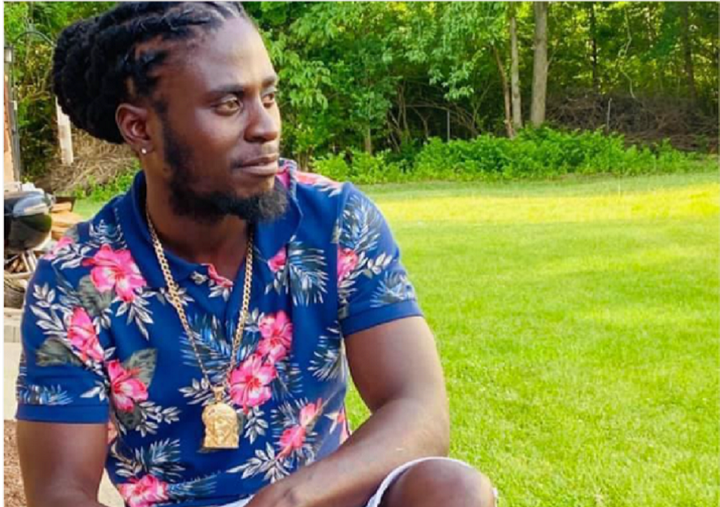 According to close sources, the deceased got into a heated argument with the suspected killer after he crashed his car by an accident.

The suspect who is known as Dennis Mensah lost his temper in the argument as he allegedly out of anger shot Prince Asare in a cold blooded manner to death.

Fortunately, the 29-year old killer did not endeavour to escape from the scene but rather surrendered himself to the Police to be guilty when they arrived at the scene that occurred on 1600 block of Harvester Lane.

ALSO READ  Yes, I Loved Nana Aba Anamoah But It Was Never My Plan To Marry Her – Baby Daddy, Mr. Brown Reveals (+Video)

This sad incident occurred on Thursday night, September 17, 2020 at a parking lot of an apartment complex on the Northeast Side.

Meanwhile, this dawn friends, Sympathisers and the family of the Late Prince Asare gathered at where he was shot exactly a week to remember and pay tribute to him.

In the video scene sighted on Pinax TV, I could hear and see her mother crying uncontrollably whiles lamenting and mourning her son at the brief ceremony. The mother stated in his grieve that;

Prince mother is the woman on her knees

“Prince Never rest in peace until revenge is taken, God please keep my son for me, he didn’t deserved such a painful death” She stated

The mother who is based in New York cried to bone which made Prince Sister also bust into tears. Prince is a father of two.

Check out some Scenes from his one week mourning;

Blessed Antwi - 24th October 2020
0
Celebrated Ghanaian actress and entrepreneur, Martha Ankomah has shared heartwarming pictures of her son as she celebrates him on his 2nd birthday.
Read more

Man who rescued 17 people at the collapsed Church building and now employed into...

Blessed Antwi - 24th October 2020
0
The young man who rescued over seventeen people from the Akyem Batabi Church of Prosperity have hinted on something he saw when...
Read more

Finally! The Battle Is Over At Akyem-Batabi As A Total Of 24 Has Been...

Blessed Antwi - 24th October 2020
0
The Founder and Leader of the Church of Prosperity have widely been known after his Church disaster. Prophet Akoa Isaac’s Church at...
Read more

Man who rescued 17 people at the collapsed Church building and...