Sad News has hit the camp of the National Democratic Congress (NDC) Bono East Youth Wing has reportedly crashed to death in a gory accident after his campaign vehicle was involved in a head on collision on the Kintampo-Techiman Highway. 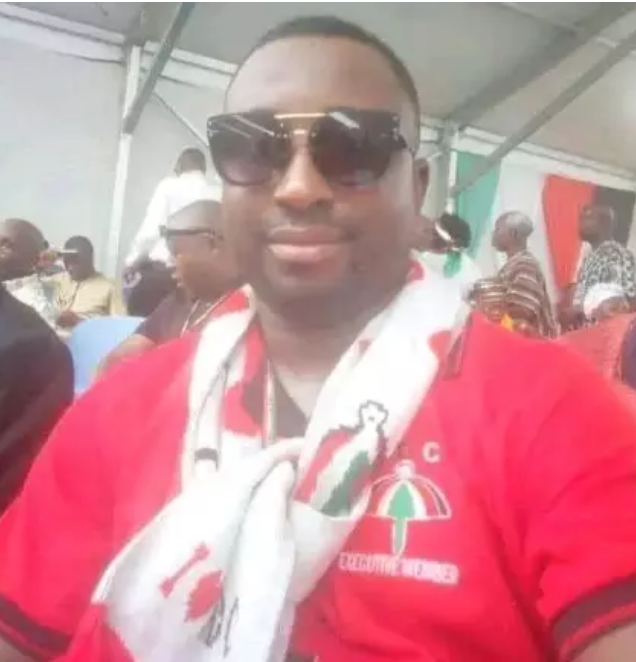 According to close sources, they were returning back from the Funeral Ceremony of the mother of NDC’s Kintampo-South Deputy Youth Organiser as unfortunately he saw his untimely death at the spot around the Tuobodom toll booth.

ALSO READ  GES has released the resuming dates for all basic and secondary schools in Ghana.

The NDC pick-up car with the Regional organisers is said to have clashed with an articulator truck loaded with fertiliser.

Three other NDC Gurus by name; Efo Worlanyo Tsekpo, Bilal Muazu and Rasheed who are also Regional organisers survived the accident and are currently receiving treatment at the Holy Family Hospital in Techiman.

Meanwhile, Ghcelebinfo.online has been able to dig deep into the profile of the National Democratic Congress (NDC) Bono East Youth Organiser, Isaac Nsiah’s profile to know more about so him so we decided to share some of his rare Photos here for Ghanaians to know him better.

ALSO READ  Must see:Government hiding names of Officials who have COVID-19 - Opposition (Photos)

Mr. Isaac Nsiah is very noble Politician whose appearance speaks for himself. He looks very decent and optimistic who has been very supportive to the National Democratic Congress (NDC).

In fact, the National Democratic Congress (NDC) have lost one of their influential organisers not to even say being an election year. But God knows best.

Check out some Photos of the late Mr.Isaac Nsiah below;

SHS student sent gun to school with the intention of getting rid of her teacher.