You need to see these Childhood Photos Of President Nana Akufo-Addo: After over 30 years of unrelenting effort, Nana Addo Dankwa Akufo-Addo has fulfilled a childhood dream to follow in the footsteps of his father, Edward Akufo-Addo, and become president of the Republic of Ghana.

After his stunning victory in the December 2016 presidential election in which he secured an astonishing 53.85 percent of the votes – with his main rival, John Mahama, getting 44.40 percent – Akufo-Addo was sworn in as president.

The brief article are some of Akufo-Addo’s fondest memories with his family, including his dad and mum, and close relatives in the good old days and his passion for boxing.

Growing up, rumuors had it that President Akufo-Addo, was once into boxing when he was growing up in Nima but he didn’t take it as a Profession but just for fun and training even though he had a passion for it.

Today, Ghcelebinfo.online have dig deep to get the Photo of President Akufo-Addo Photos of when he was into training in boxing.

Our President grew up in a very prominent home and family but he was very sociable with the residents of Nima which made him to get the opportunity to experience the boxing life with his little passion. But I never heard of him fighting in an arena. 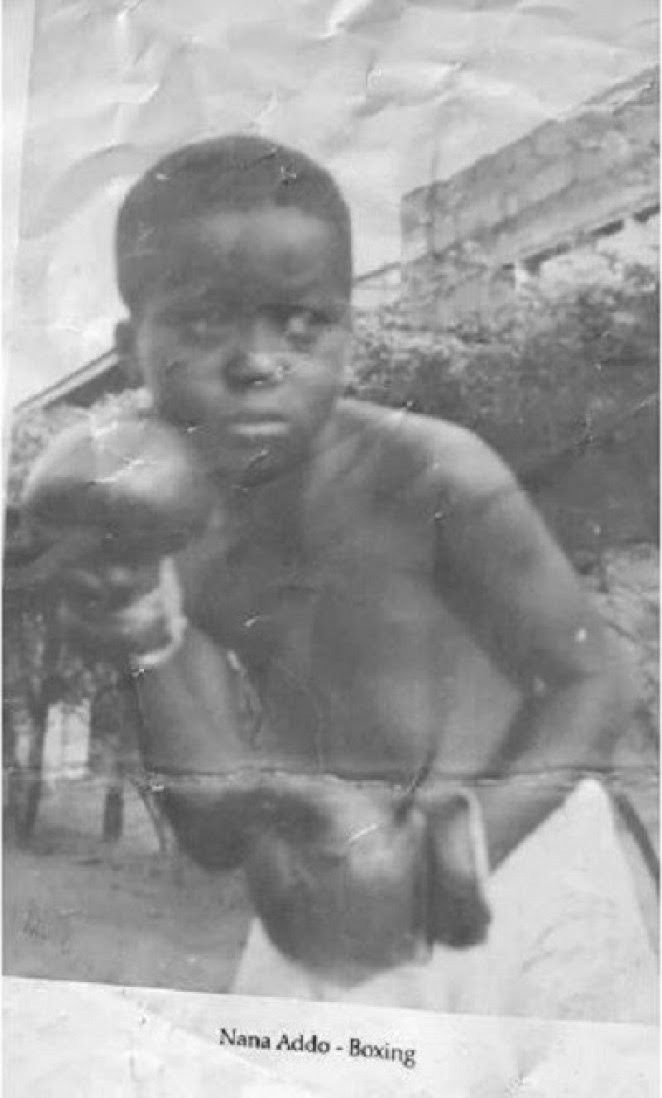 This is not a sketch, this is a Black and White Photo of President Akufo-Addo displaying his passion for boxing in the late 90s.

Sad: Jerry John Rawlings Breaks Down In Tears As He Places A Flower In His Mother’s Coffin

Bla Yaw - 25th October 2020
0
Could this be a sign of chaos come December 7th? A disturbing video has hit the Internet this...
Read more

Doom For NPP & Ghana At Large As Popular Prophet Reveals That Nana Addo...

Bla Yaw - 25th October 2020
0
Following the upcoming general elections which is scheduled for December 7th, the Electoral Commission, Political Parties and Ghanaians are preparing ahead of...
Read more

Bla Yaw - 25th October 2020
0
After campaigning for the NDC and John Mahama in 2016 general elections, Afia Schwarzenegger has made a shift. The...
Read more

Doom For NPP & Ghana At Large As Popular Prophet Reveals...

Disloyal Afia Schwar Hit The Street Of Accra To Campaign For...