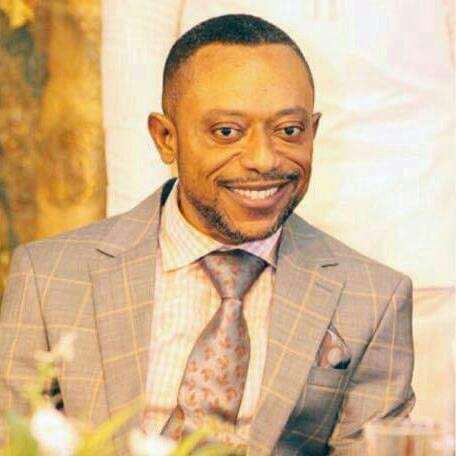 Rev.Owusu Bempah is a very dignified and respected man of God who uses his Prophetic Powers to pave way and open up to Politicians over the fortunes and misfortunes ahead of them in order for them to prepare ahead of time.

He is committed to winning souls, preaching the gospel with power and authority which bring salvation unto his congregants.

He always expresses himself in idiomatic expressions and proverbs in his sermons and interviews with solidified facts.

Meanwhile yesterday, Prophet Cephas Nhyiriba had the guts to drop a doom prophecy against Rev Owusu Bempah about an assassination attempt that awaits him on the 31st of December 2020.

Prophet Cephas Nhyiriba showed up on Koo TV to reveal this misfortune that has been planned against the man of God for him to also pray ahead of time. He insisted that Rev Owusu Bempah will die exactly after the 31st watch night service by some group of hired killers.

Meanwhile, Rev Bempah Showed up on an interview just this afternoon on RT TV to break silence over the so called Prophecy by Prophet Cephas Nhyiriba to him.

According to Prophet Owusu Bempah, he will not lambast Prophet Cephas Nhyiriba or decline his prophecy and sit down reluctant about it just because he is his Junior Prophet but rather, he will also work towards it and eradicate any plan of the devil towards his life.

”I shall not die in Jesus name and any evil plan that has been set up against me shall never prosper, I was once nearly Assassinated some years back so I am not surprise about his prophecy but nothing shall come to past because I believe the Gof that I serve” He added

Will this doom prophecy come to past? Time will tell but hopefully with the man of God’s faith, we rebuke it.

Let’s vote Nana Addo out he is so weak to become a President, He will soon die – Kevin Taylor reacts to sleeping Nana...

Blessed Antwi - 25th November 2020
0
A Student of Adeiso SHS who scored 8As in his WASCE results has been granted full scholarship by government for his tertiary...
Read more

Let’s vote Nana Addo out he is so weak to become a President, He...

Save the date: Patapaa and German Fiancée fix wedding date

Blessed Antwi - 25th November 2020
0
Ghanaian musician Patapaa and her German girlfriend Liha are very much together and are telling Ghanaians to save a certain date for...
Read more

Macho Man Beaten By Atwima Residents After Shouting “No 4 More Nana” In An...

Blessed Antwi - 25th November 2020
0
As it is just 13-days to the December General Elections, Political Parties in Ghana are campaign hard in order to win the...
Read more

Let’s vote Nana Addo out he is so weak to become...