Caleb Amoako is a teacher trainee graduate who is waiting to be posted on National Service Sceme (NSS). 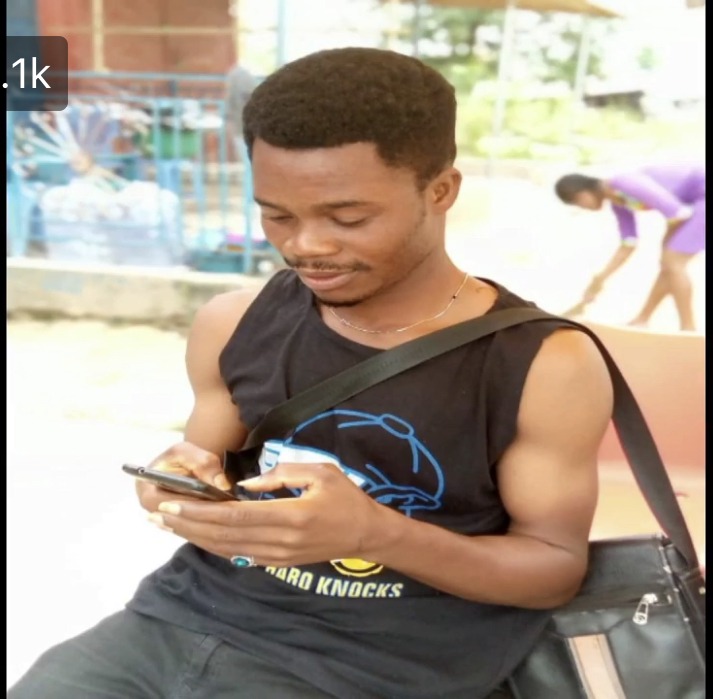 Caleb Amoako completed Jasikan College of Education as he was awaiting to enroll on his NSS whiles working as a mobile money agent. Caleb was shot this afternoon at his working place around 12:45 PM.

The Mother of Caleb grieving

According to the eye witness who was together in the shop with Caleb, two anonymous armed men came to park a motorbike in-front of the momo shop as they rushed to flounced Caleb’s shop, so Caleb decided to close the front window but the Robbers shot Caleb continuously through the container shop. 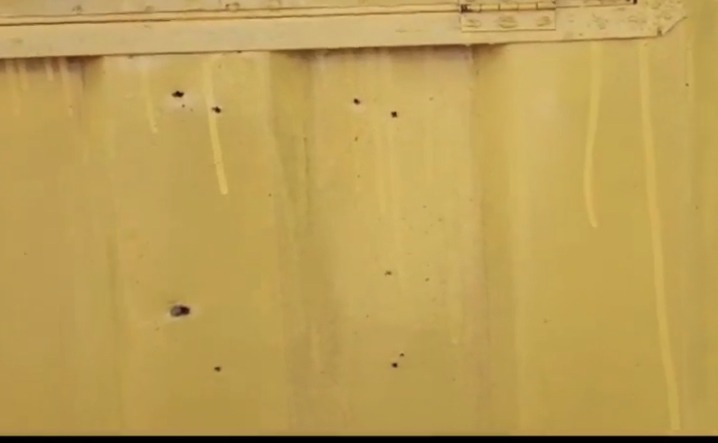 The Bullets that was shot through

Unfortunately, the bullet was able to penetrate through the container shop which made Caleb wounded as he was lying in a pool of blood.

ALSO READ  Horror:See what happened to a lady who had s.3.x with a man she met on Social media.(+Photos)

So the Armed Robbers then entered the shop and took away Caleb’s bag which contained Thousands of Cedis together with the Phone which was being used for transactions.

Caleb was then rushed to a near by clinic but they couldn’t treat him so he was the transferred to the Swedru Ghana Medical Hospital but was pronounced dead upon the arrival.

It’s really a sad news to the Awutu Senya West natives and the family of caleb. His mother and sister can’t control their tears as they grieve their only man in the house.

ALSO READ  Man inserts pepper,salt and onions into wife's Private part and seals it with a super glue

Rawlings son, Kimathi Rawlings is the most useless son I’ve ever come across – Lawyer Maurice Ampaw pushes him to succeed his father

Maame Yeboah prays doom prayers for Funny Face after he dragged her into the...

Video: Opambour wanted to chop me – Nana Agradaa drops a bombshell as she...

Blessed Antwi - 18th November 2020
0
Vanessa, the mother of comic actor, Funny Face‘s twin daughters calls him an irresponsible man after she claimed he insulted her mother in...
Read more

This Is How Nana Konadu Was Celebrated On Her 72nd Birthday Despite The Mourn...

Blessed Antwi - 17th November 2020
0
In recent times broken heart has made people to do some awkward and insane things which is deemed to be abnormal. One...
Read more

Video: Opambour wanted to chop me – Nana Agradaa drops a...

I don’t regret fighting you, you’re a useless man – Funny...