The late veteran Hip Life artist popularly known as Kofi Boakye Yiadom aka Kofi B will finally be going to his maker today as his being laid to rest.

It’s been 10-months now since the legendary highlife Musician passed on and his funeral rite was postponed due to the outbreak of the COVID-19 virus.

Kofi Boakye Yiadom was reported death on the 2nd of February, 2020 after passing out of a heart attack whiles he was on stage performing at a concert in Cape Coast and was quickly rushed to the Hospital.

Kofi B was pronounced dead upon his arrival at the hospital in his best friend’s presence, Kofi Nti. Kofi Nti confirmed his departure on the 3rd of February, 2020.

Kofi B’s funeral is currently ongoing at Asante Akyem Agogo in the Ashanti Region of Ghana at the Presbyterian Park.

It is full of sadness at the moment after his mortal remains was opened partially for Public view as Family, friends and sympathizers of Kofi B mourn him before he will eventually be taken to the cemetery for burial.

ALSO READ  Same Spirit: Have A Look At The Difference Between Kofi B's Step Father And His Biological Father 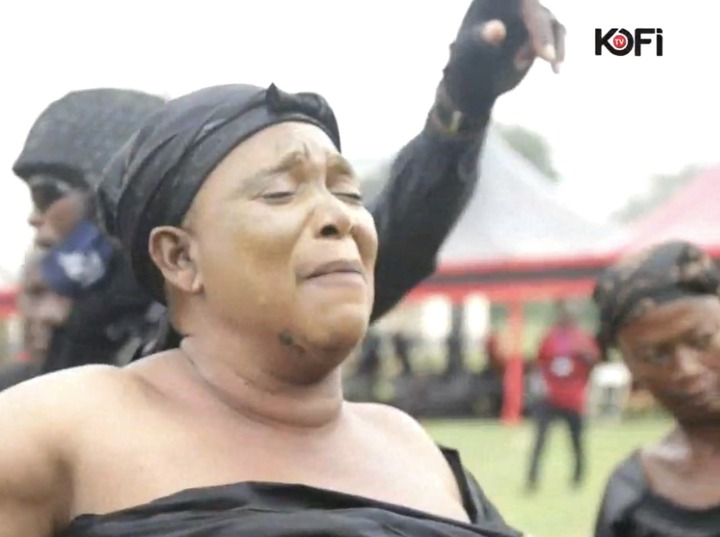 Kofi B’s wife who is known as Ama Boakye and his last born who is also known as Amaya Ohemaa Boakye Yiadom are spotted on camera shedding tears uncontrollably after Kofi B was laid to rest.

The Highlife genre will forever miss Kofi Boakye Yiadom with the good legacy he left behind and the good life music he released in his glorious days.

ALSO READ  Sarkodie pays his condolence to the late Kofi B in a very sad words..(+Photos)

Check out some Photos of Kofi B’s wife and daughter mourning;

Captain Smart Meets Sammy Gyamfi One On One For The First Time As He...

Captain Smart Kindly Consider Us – Sammy Gyamfi Humbles Himself With A Plea To...

Blessed Antwi - 25th November 2020
0
The National Communication Officer of the National Democratic Congress (NDC) widely known as Sammy Gyamfi who is known as Lawyer has been...
Read more

Blessed Antwi - 25th November 2020
0
As it is just 12-days to the much anticipated General Elections, Political Party members are campaigning hard towards the deadline of the...
Read more

Meet Dr Kweku Oteng’s Beautiful Daughter Who Is The Youngest MP For The NPP...

I Said It, It Rained Today Get Ready For A Storm On 7th December...

Captain Smart Meets Sammy Gyamfi One On One For The First...

Captain Smart Kindly Consider Us – Sammy Gyamfi Humbles Himself With...