The popular controversial Politician and the Asante Regional Chairman known as Bernard Antwi Boasiako widely known as Chairman Wontumi since he opened his Wontumi FM has been very much outspoken and lively every morning as he has been showing up to address and elaborate about Politics in Ghana. 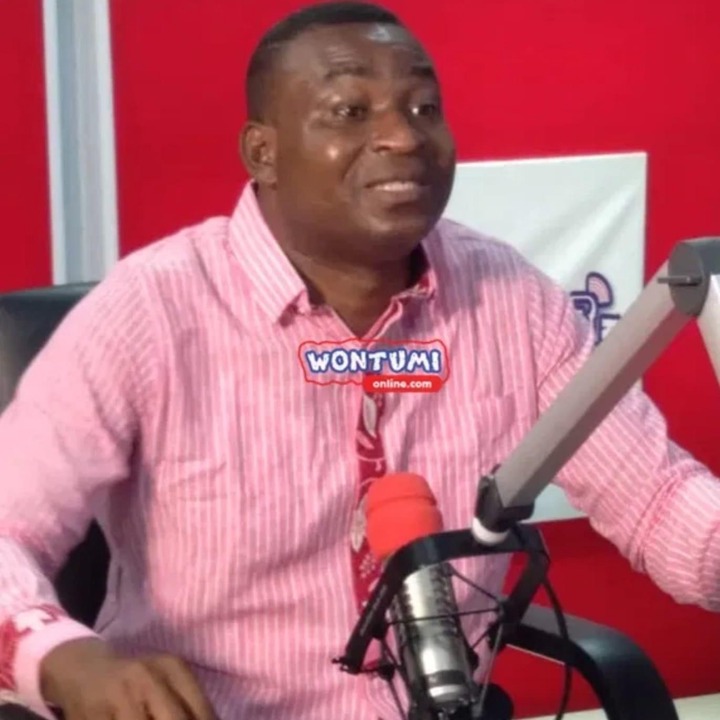 This popular propagandist as the Asante Regional Chairman has been talking in favour of his ruling Party, NPP and lambastes their Party rival, The National Democratic Congress (NDC) on a daily whenever he is on set.

Chairman Wontumi although with his controversial lifestyle has tried his possible to campaign hard for the NPP ahead of the General Election with all aggressiveness.

ALSO READ  Government to close down markets over failure to adhere to social distancing. Here is why

Meanwhile, the USA Election Polls finally came to a successful end which saw the Democratic Party’s Flag bearer, Joe Biden as the the winner and the 46th President of the United States of America.

And this time around, the Democratic party in USA won the Election so netizens was connecting it to guarantee NDC the win because of how it has been since the 90s.

ALSO READ  #2sure: Disgraceful Deputy Health Minister busted after sneaking out to stake Lotto in a lotto kiosk

Chairman Wontumi reacting to this statistic insinuated that, Ghanaians shouldn’t focus on what has happened at the USA and it can never have an effect on Ghana’s Election.

According to Chairman Wontumi, although records of Ghana’s and USA Election have related for decades now but it won’t happen again this time around because looking at the good works President Akufo-Addo have putting in place and how he have won Ghanaians Hearts, the people of Ghana can not fail him.

ALSO READ  Akua Donkor to address the Nation on COVID-19

Tables shall turn, he stated. NPP Will be in government for more than 8-years if God will and it will overwhelm many. He added.

Chairman Wontumi revealed this on Wontumi FM this morning.

Do You Think She’s Ugly? See 5 No Makeup Photos Of Yaa Jackson That...

Bla Yaw - 24th November 2020
0
She has been trolled on social media concerning on several occasions concerning her beauty! Due to some attitude of her that has...
Read more