The late Highlife artiste popularly known as Kofi Boakye Yiadom aka Kofi B was reported dead on the 2nd of February, 2020 after falling prey to a heart attack illness whiles performing live on Stage at a concert he was billed on at Cape Coast.

Kofi Boakye Yiadom’s final funeral rite took place at the Asante Akyim Agogo Presbyterian Park just this Saturday on the 7th of November 2020 and was then taken to the Agogo Cemetery for his eternal resting.

Kofi Boakye Yiadom was one of the current best Highlife artiste in Ghana who died at the peak of his career which has put music lovers in a state of shock.

Meanwhile, a news went viral after a suppose Kofi B’s biological father who has been presumed dead at Cote d’ivore after a serious clash between football fans after a match which saw many fatalities and injured.

Over 35-years now, Mr. Kwabena Yiadom home after over 3 decades after he was announced dead. 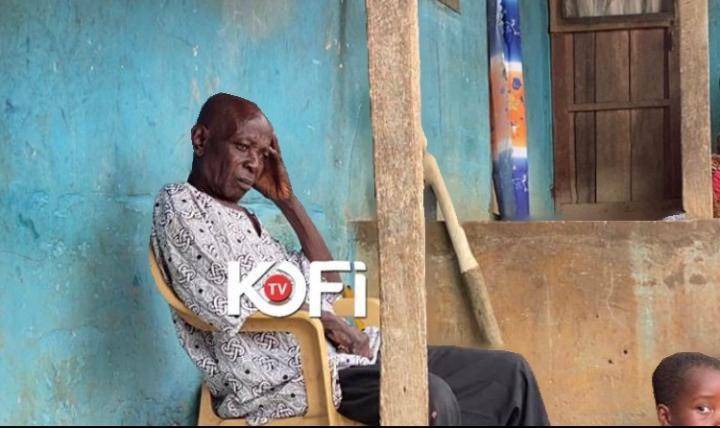 Kofi B’s step father who is also known as Agya Akwasi Addai was assumed to be Kofi B’s father for all this but the difference is now clear. Although they are all bald and dark skinned, you could see the difference below;

ALSO READ  If I curse you, no one can reverse it - Prophet Opambour

After Prophesying The Defeat Of NPP, Prophet Tawiah Makes A U-Turn In Just 15 Days To The Election

15 Days To Election: See How Nana Addo’s Hometown People Welcomed Him With An Overwhelming Crowd

“God Have Mercy”: How The NDC Supporters Who Died In An Accident Were Loaded In A Truck Surfaces

After Prophesying The Defeat Of NPP, Prophet Tawiah Makes A U-Turn In Just 15...

Blessed Antwi - 22nd November 2020
0
The Founder and Leader of the Church Of Rabbi popularly known as Prophet Kwabena Tawiah lately has been very much controversial and...
Read more

15 Days To Election: See How Nana Addo’s Hometown People Welcomed Him With An...

Blessed Antwi - 22nd November 2020
0
As it is left with only 2-weeks (15days) to the much Anticipated General Elections, Party members and Flag bearers have been very...
Read more

“God Have Mercy”: How The NDC Supporters Who Died In An Accident Were Loaded...

Blessed Antwi - 22nd November 2020
0
This year has been undoubtedly one of the cruel years for over a decade now after the outbreak of the pandemic and...
Read more

Blessed Antwi - 22nd November 2020
0
The Kumawood Movie Industry has produced a lot of unprecedented talents to the Ghana movie industry as a whole. Due to the...
Read more

After Prophesying The Defeat Of NPP, Prophet Tawiah Makes A U-Turn...

“God Have Mercy”: How The NDC Supporters Who Died In An...