On Sunday November 15, 2020 the social commentator who is also the leader of The People’s Projoct, A Plus has sent a strong warning to the daughter of the late President Ignatius Kutu Acheampong to shut her mouth up on the death of the formal president Jerry John Rawlings.

Through this interjection of past event into this time of national mourning, A Plus wrote this on his Facebook wall to warn Maame Serwaa Acheampong to seize fire in these times. 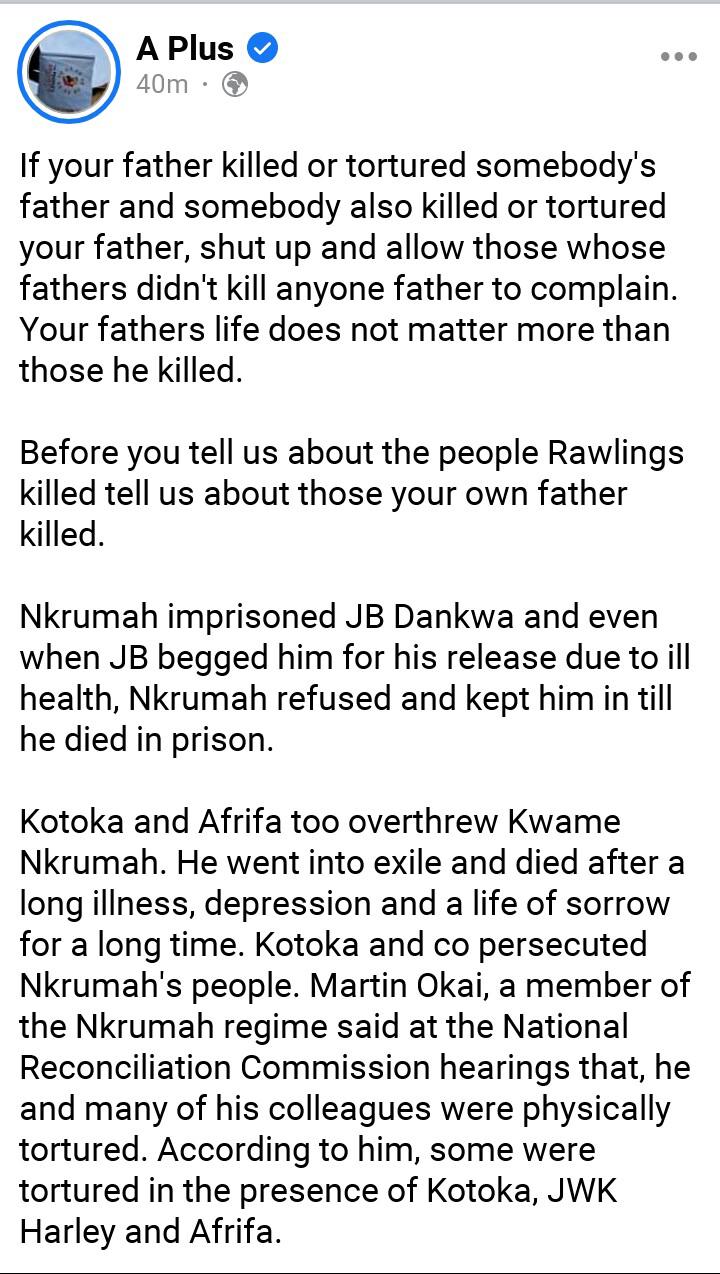 He wrote that his excellency J. J. Rawlings too has been KILLED by nature just as all of us will one day be killed by nature and so no matter how wicked you are, you will one day die equally.

After this warning A Plus gave an optional advice to the general public that when we get power we have every chance to do whatever we like to do but we should remember that death await for us all.

“Akua I can’t sleep, eat, I can’t do anything” – Old man breaks down in tears over a broken heart

Bla Yaw - 23rd November 2020
0
In a new video sighted on GhPage’s official Twitter page by Ghcelebinfo.online sees a Ghanaian man believed to be in his early...
Read more

We Are Going To Add All Private Schools To The Free SHS Program &...

Bla Yaw - 23rd November 2020
0
December 7th is just around the corner and we have just fourteen (14) days to catch up with it for this year’s general...
Read more

Angry A Plus React After A 63-Year-Old Mother And Her Two Daughters Were Jailed...

Unlike Yaa Jackson, Maame Serwaa Overwhelm’s Heart With This Video Of...

We Are Going To Add All Private Schools To The Free...