The defected National Democratic Congress (NDC) who got appointed by the New Patriotic Party Government and the President of Ghana to be the Special Prosecutor in Ghana has resigned. 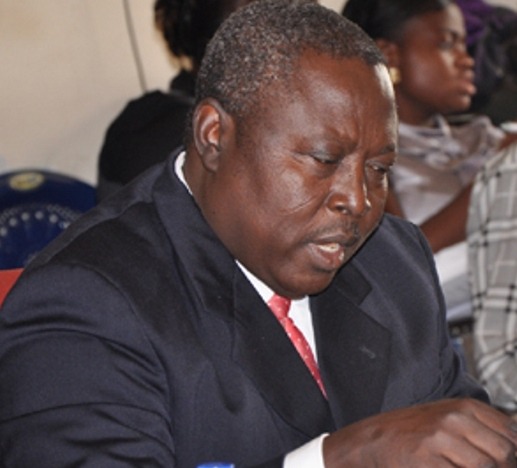 Martin Amidu was appointed by President Nana Addo Dankwa Akufo-Addo in 2018 to be the Special Prosecutor and get rid of corrupt people in the government.

He hasn’t been able to valiantly fished culprits of corruption out and prosecuted since his appointment but was still investigating the Airbus scandal which happened under the NDC government.

Martin Amidu has singed a resignation letter to the President of Ghana to announce his resignation from the special prosecutor role.

Meanwhile, the member of Parliament for the Assin Central Constituency popularly known as Hon. Kennedy Agyapong got this report in the middle of an interview on Asempa FM that the Special Prosecutor has resigned as he reacted.

Elaborating on this, he stated that Martin Amidu was betrayed by the NDC government which made him to accept the role by force but was never good enough for the job and he knew he will surely resigned one day, and it has come to past.

He then lambasted the NPP government for not listening to his suggestion after they appointed Martin Amidu as the special Prosecutor.

Two Days To Elections I Will Surprise The Nation With A ‘Gargantuan’ Scandal Of...

“I feel ashamed that we campaigned to remove you from power” – A Plus...

Bla Yaw - 29th November 2020
0
Ghana and the whole National Democratic Congress is in a celebratory mood because today marks the birthday of one of the stalwarts...
Read more

You Can Even Burn BOG, The Scandal Will Still Happen On Monday – Kevin...

Bla Yaw - 29th November 2020
0
The sad news from Accra today has it that one of Bank of Ghana branches in the greater Accra region has got...
Read more

Stop dragging me into matters of politics when I haven’t said anything- Shatta wale...

Bla Yaw - 29th November 2020
0
The African dancehall king, Shatta Wale has come out to condemn the people who engages him into political issues.
Read more

Two Days To Elections I Will Surprise The Nation With A...

“I feel ashamed that we campaigned to remove you from power”...

You Can Even Burn BOG, The Scandal Will Still Happen On...