The Popular Kumawood Actress, Music Writer And TV Presenter known as Felicity Ama Agyemang aka Nana Ama Mcbrown has been undoubtedly one of the most industrious and clouted Actress in Ghana in recent times after she started her UTV Showbiz programme. 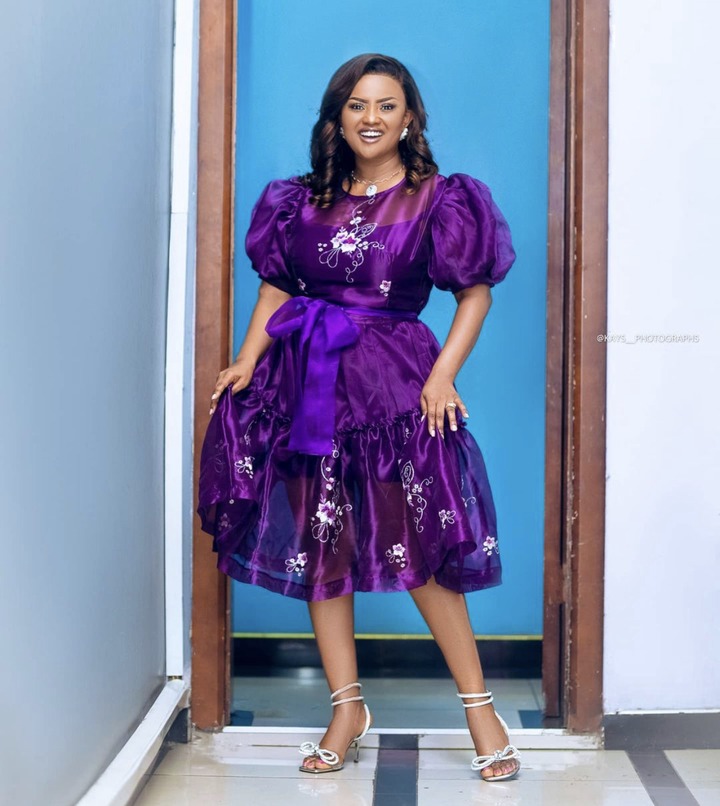 She is also the the celebrity in Ghana who has been featured in astronomical number of TV advertisement.

Felicity Ama Agyemang is the most preferred influential celebrity in Ghana and will be very influential on the Political grounds as well with her unprecedented fame and her sense of humour.

For the past years now, some celebrities such as; Samini, Agya Koo, John Dumelo, Prince David Osei, Afia Schwarzenegger and many others has brought down their masks to reveal their Political party’s choice of preference. But some have never endeavoured to step foot at Political grounds before regardless of the monetary gains.

Meanwhile, Nana Ama Mcbrown showed up on Zionfelix uncut show to talk more about her Political ambition and why she hasn’t endeavoured to throw her support to any Political Party in Ghana.

Speaking, she stated that although she was born and raised in Kumasi and would have been a normal NPP supporter but it isn’t so, she overlook such things and vote for any Political Party she thinks will help the country Develop. And in otherwise, because of some of our corrupt leaders, she will never ever try to campaign for any Party.

She then sent her heartwarming condolence to the late Jerry John Rawlings family and encouraged them to take heart.

Do You Think She’s Ugly? See 5 No Makeup Photos Of Yaa Jackson That...

Bla Yaw - 24th November 2020
0
She has been trolled on social media concerning on several occasions concerning her beauty! Due to some attitude of her that has...
Read more