Yesterday around 6:30 PM, the NPP Regional Chairman for the Bono Region popularly known for his outspokenness and controversies, Abronye Kwame Baffoe aka Abronye DC was reportedly involved in a fatal accident with his campaign team on the Berekum-Drobo. 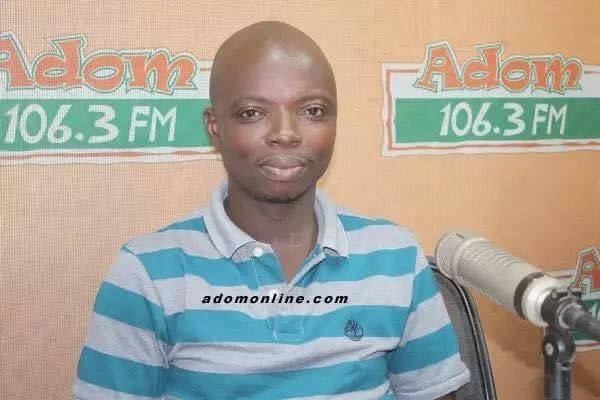 This misfortune happened after Abronye Kwame Baffoe together with his crew were returning from a campaign program which was organised at Bono, Atuna in the Jama South Constituency.

God being so good no one died in that Ghastly accident even though they sustained minor injuries which wasn’t that severe.

However, the special side of Abronye DC has finally break silence on the accident and debunk some rumuors which is fast circulating online.

Speaking, he revealed that no one in the damaged Pik Up died and no one died but sustained minor injuries which they were rushed to the Bono Regional Hospital for treatment and medical examination and has convalesced afterwards.

ALSO READ  4-years After JB Danquah Was Murdered, Look At How Madam Ivy, His Wife Is Doing Now (Photos)

Elaborating on this he stated that, Abronye DC is responding to treatment and was in just a mild condition which needed a check up of any internal bleeding but everything was on point and in a stable condition including his team.

The Special aide for Abronye DC gave thank to the Almighty God for saving the lives of the team in this latter Days.

Ken. Agyapong Will Go Mad, Or Run Out Of The County, Or Commit Suicide...

Bla Yaw - 21st January 2021
0
Actress Sandra Sarfo Ababio has blessed the screens of her fans on Instagram with her “melons” in a new video.
Read more

I Had To Vacate My House At 4am Today – Kennedy Agyapong

Bla Yaw - 21st January 2021
0
The MP for Assin Central, Kennedy Agyapong, has revealed that he had to vacate his house at 4 am on Thursday, January...
Read more

Ken. Agyapong Will Go Mad, Or Run Out Of The County,...

I Had To Vacate My House At 4am Today – Kennedy...