God being so good the much anticipated 2020 Election has finally come to a successful, sound and peaceful end as the Flag bearer of the the New Patriotic Party (NPP) Nana Addo Dankwa Akufo-Addo is the President elect of the 2020 Election. 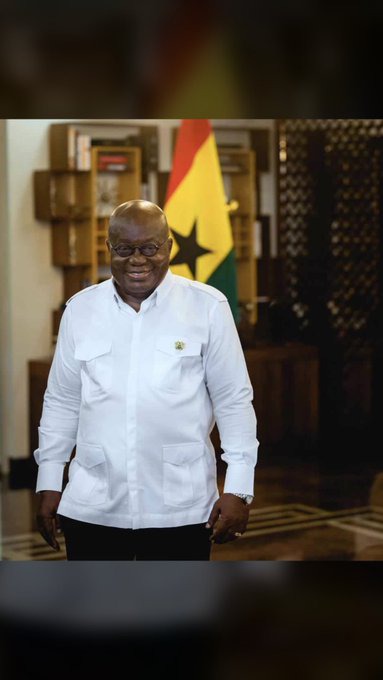 President Akufo-Addo will be very glad for achieving his dream of being a full term President as it is expected of Flag bearer to go on two term which is the maximum. It is indeed a good news to the New Patriotic Party (NPP) and perhaps to the whole of Ghana for getting such a promising leader.

H.E Akufo-Addo will be sworn in as the elected President on January 7th 2021.

However, Great men of who Prophesied in favor of the NDC’s Presidential candidate, John Dramani Mahama are currently being trolled and talked about on the socials due to how they reiterated on their Prophecy that the NDC win which has gone the other way round.

The Leader of the Prophetic Hill Chapel, Prophet Nigel Gaisie and the Leader of the Glorious Wave Church International went in favor of the NDC win which has obviously hit the rock. We awaits for these dignified Prophets to break their silence on their failed Prophecies.

Perhaps they may have something to tell the Public and throw more light to maintain the trust.

ALSO READ  Police caught up with speeding car "found" out driver was a dog. Man: Im teaching pet how to drive

Ghanaians on social media has descended on these men of God after their Prophecies failed. Here are some comments below;

You can’t sacrifice justice in the name of ‘we’re in a hurry’ – Tsatsu...

Bla Yaw - 20th January 2021
0
Lead Counsel for the petitioner in the 2020 election petition Tsatsu Tsikata says much as the Apex Court want to stick to...
Read more

Blessed Antwi - 20th January 2021
0
The Founder and Leader of the Ebenezer Miracle Worship Centre known as Prophet Ebenezer Yiadom aka Opambour has reacted to the demise...
Read more

Manifest got his fluency from his dad, Tsatsu Tsikata – Netizens

Bla Yaw - 20th January 2021
0
Ghanaian rapper, Manifest have had a lot of fans opine that he got his fluency from his dad, Tsatsu Tsikata.
Read more

You can’t sacrifice justice in the name of ‘we’re in a...