Flight Lieutenant Jerry John Rawlings who died on the 12th Of November, 2020 after suffering from a a short but dreadful illness. The illness diagnosed leading to his demise wasn’t unfolded to the Public in a precise manner even though speculations went round. 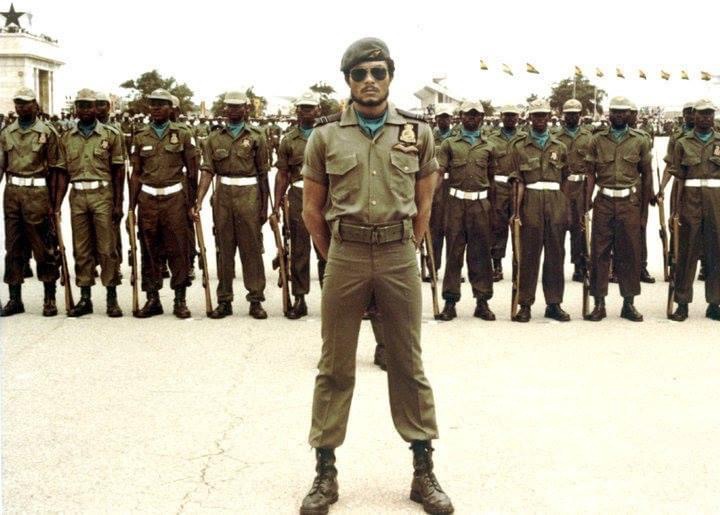 The Founder of the National Democratic Congress (NDC) has finally been buried to today after 2-months of his death. His burial ceremony came off successfully and in a well deserving mourning.

ALSO READ  We will also play shows if you remove the Church Ban. Raskuku tells the President.

The Pillar of Ghana’s democracy is finally resting.

However, the veteran High life musician famously known for her cuteness regardless of her age, Akosua Agyapong in loving memory of JJ Rawlings has revealed some good thoughts she learnt from JJ Rawlings and how she has regretted after failing to adhere to his last advice to her.

According to Akosua Agyapong, every five years she celebrates her anniversary in music and on the 25th of his anniversary, JJ Rawlings showed up as a special guest and whiles the program was ongoing, JJ Rawlings went to stage to plead with her to do her highlife anniversary annually but not wait for 5-years because Ghana has miss it true taste of highlife which is very bad.

Akosua Agyapong used this to express her regret for not listening to JJ Rawlings because she would have been able to meet him once again and she would have hard an amazing concert before the COVID-19 outbreak.

She disclosed this on an immediate interview on SU TV at Rawlings Funeral ground.