The TV3 network’s evening program for singles who are craving for love “Date Rush” has been one of the most trendy and watched Entertainment program currently since its maiden Edition.

Date Rush has helped some singles to meet their rightful spouse and even some has led to marriage. It is an adult program, one must be 18 years and above before you can show up to find love.

Date Rush always trends on Twitter each and every Sunday night till day break due to how the youth precisely are most interested in it.

However, the man of the moment trending no 1 on Twitter is the Date Rush contestant known as Ernest aka Process. Process showed up on the Date Rush program for the first time to also find love but unfortunately he is being dragged by tweeps as they troll him after some alleged Wedding Photos of him surfaced online whiles the program was ongoing.

This has made some people to tag Ernest to be disloyal to his suppose wife or he is trying to practice Polygamy or moreover cheat on his wife. Indeed the first Photos that dropped online apparently shows that the Ernest is really married. 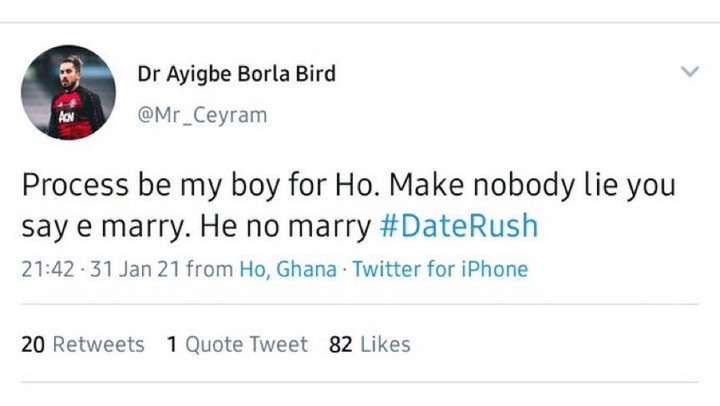 However, the real truth has finally come out. The Wedding Photos that surfaced online is not the Wedding of Ernest but rather his close friend whereby he was hired as a Best Man for the Wedding and was allowed to snap a Pictute with the bride.

He wasn’t the groom but rather his friend. Ernest is single and searching that’s why he showed up on the Date Rush program to also find love. 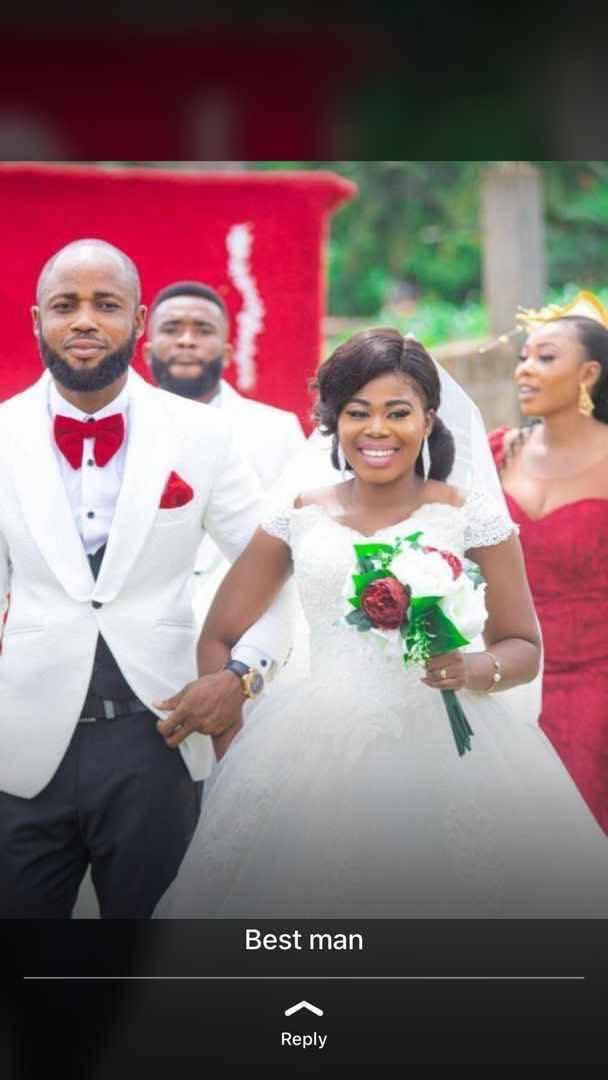 Ernest is the man at the back of the couples

This was disclosed by a popular Entertainment hub to the public to debunk all those speculations and rumors making rounds.