The National Democratic Congress (NDC) on the 30th of December, 2020 filled their Election Court Petition to the Apex Court after the Presidential Candidate of the Party, John Dramani reiterated that the Electoral Commission of Ghana conducted a flawed Election.

The Court hearing since last week, has experienced two Witnesses that’s the General Secretary for the National Democratic Congress, Mr Johnson Asiedu Nketiah and an agent of the NDC known as Dr Kpessa Whyte for cross-examination.

The National Democratic Congress Petitioners have been very keen and poised in seeking Justice for what they claimed the EC conducted a flawed Election.

The Legal Team for the National Democratic Congress are doing their possible best to prove to the Supreme Court Judges that they are seeking for Justice. 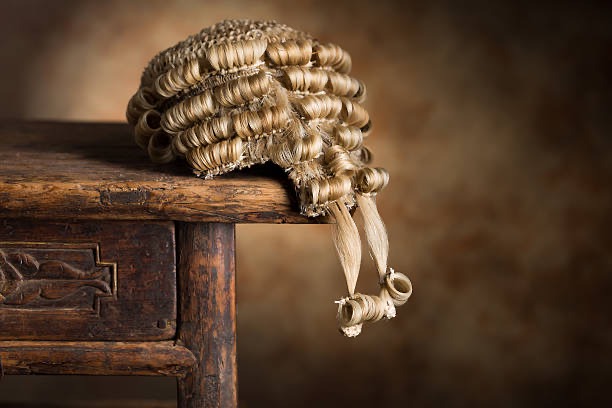 However, the National Communication Officer for the National Democratic Congress, Lawyer Sammy Gyamfi today really showed up in Court with quite a different appearance.

Sammy Gyamfi is a renowned Lawyer but he is scarcely seen in his Gown and Barrister Wig regardless of him appearing in Court in this Court hearing countless times.

Sammy Gyamfi today was spotted in his Barrister Wig for the first time in a while upon his appearance at the Supreme Court.

Meanwhile, John Dramani Mahama has filled an application at the Supreme Court appealing to be granted permission to go throught some Documents of the Electoral Commision.

The Application which was submitted by Tsatsu Tsikata was submited Today before Court hearing.