Veteran Actor Kojo Dadson was reported death today being 10th February, 2021 but according a very close a trusted source, Kojo Dadson died yesterday on the 9th of February after after suffering from a Kidney Failure. 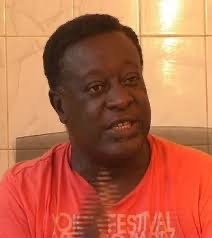 Kojo Dadson is not just a Actor but later started music but didn’t take it that serious even after claiming he started raping in Ghana before Reggie Rockstone who is generally known as the person who discovered Hip Pop in Ghana.

Kojo Dadson is undoubtedly one of the personalities in the Movie industry who made the Industry more comical with some funny roles he played in movies with the likes of Kofi Adjololo, Psalm Adjeteyfio, Emmanuel Armah and many more.

ALSO READ  I Married For Only Four Months - Ms Forson

However, Kojo Dadson before his death was suffering from stroke after it got hold of him way back in 2012 which made his health condition questionable. The stroke affected his left arm. 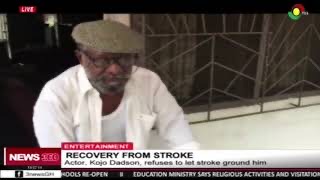 In a recent interview after TV3 network visited him, you could realize that the veteran comedian was steadily walking and talking whiles recovering from the stroke he got diagnosed with.

The Stroke according to him whiles speaking on a hospital bed affected part of his face and impaired his talking ability which left him to be using a wheelchair for eight years.

Kojo Dadson however died of a kidney failure 8-years after he fell prey to Stroke which weakened him physically.

Bla Yaw - 4th March 2021
0
Some minutes ago, Ghcelebinfo.online picked up the heartbreaking news that Happy FM’s DJ Adviser has died. This sad news was picked up...
Read more

“I’m disappointed in Mahama for taking covid-19 vaccine as election petition is ongoing” –...

No Ghanaian Lady Would Have Married Patapaa – Sumsum Ahuofe

Therealone Kay - 4th March 2021
0
Ghanaian actor Sumsum Ahofe dua has disclosed that no Ghanaian lady born of a woman would have gotten married to the Swedru...
Read more

Vim Lady Shares Message She Got From Akufo-Addo’s Nephew Over Domelovo’s Nationality To NPP...

Sammy Gyamfi not happy with Bagbin, Muntaka and Haruna; blast them...