Veteran Actor Psalm Adjetefio famously known as T.T is one of the best and pioneer of series Movie in Ghana who became very popular after he starred in the popular TV series as the main character known as Taxi Driver which made massive waves in the good old days. 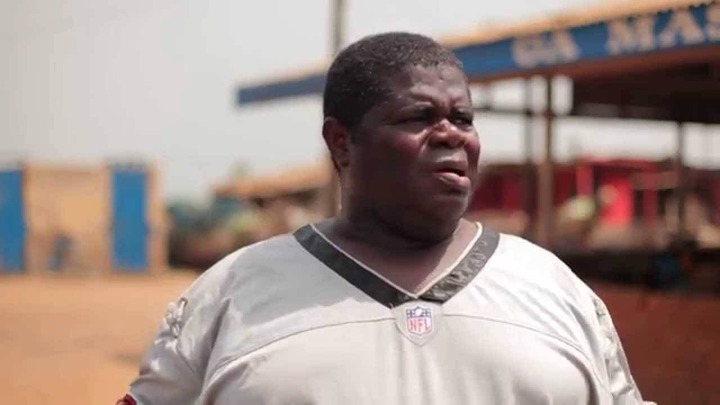 He later starred in movies such as; Jamestown Fisherman, A Stab in the dark and Ultimate Paradise.

The Veteran after ages of not appearing on TV was later found whiles in a very disturbing health condition which raised many concerns among Ghanaians over how alarming his sickness was. This made influencers to appeal on behalf of the Veteran Actor to help support the actor through funds in order to help him undergo a heart surgery or else the unthinkable can happen.

Mr Psalm’s was diagnosed with enlargement of heart which made his foot swollen which late evolved to a critical heart condition (Heart Failure) which needed immediate attention. He was also suffering from diabetes as well.

However, After barely a month that report went viral that the veteran Actor needed help, he showed up on Max TV to tell more over how he is doing currently after some Good Samaritan devoted to help him bounce back to a good health condition.

According to the veteran Actor, he was on a verge of selling his house to help him cater for his sickness so interested persons who was eager to buy the house was visiting him for negotiation.

Fortunately one interested man who was a Pastor after showing up to also negotiate then recognized him to be T.T of Taxi Driver fame.

He said; “After the man got to know me, he introduced himself to me that he is a Pastor so I should tell him each and every ordeal I am facing”

ALSO READ  First Ghana movie to start streaming on Netflix,"Keteke" and "Side chic Gang" on this date.

“I told him, I am very sick and need to be at the hospital but I don’t have money and he said never can he allow me to rot away in my in this condition, you’re not that old”

“True to his word, Pastor Elvis showed up the following morning to send me to a hospital at La Bawalashie a clinic at East Legon and so from there I was receiving treatment and it got to sometime I wasn’t seeing the Pastor any longer like how he used to visit me in the hospital often”

God being so good the veteran Actor is receiving treatment and getting better and better as to how he was in a very alarming condition at first.