Sad News coming from Temale Teaching Hospital has it that a young player who has been identified as Linus Ishaku is a player of the division 2 league Catholic Stars FC in the Northern Region of Ghana. 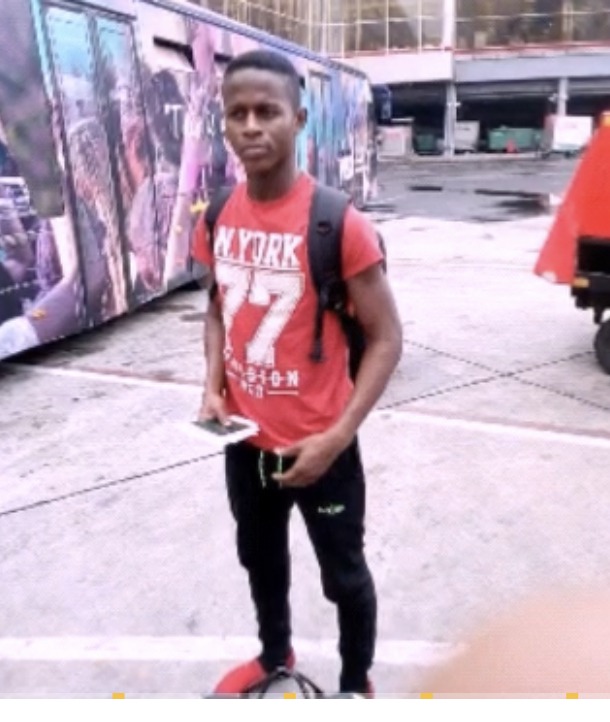 So as the match was being played, it has been reported that Linus sustained a head injury and went unconscious on the pitch where he was quickly rushed to the Walewale Municipal Hospital for immediate treatment but after he was taken an MRI scan, they got to know that Linus was badly injured in the head.

He was then transferred from the Walewale Municipal Hospital to the Temale Teaching Hospital as he was awaiting for a surgery. Unfortunately, Linus Ishaku gave up his Ghost.

However, the Catholic FC Stars team has sadly revealed their shock over the demise of their star player as they admits how skillful and important Linus meant to the team with how he carry’s himself with humility with the “ready to learn character.

ALSO READ  Funny Face was cursed by a woman he once offended, they want him to go mad” Prophetess Mama Sarah

After the news was reported One Vision Gh, it was confirmed on Facebook on Meerbar FC page.

“Morning Our condolences to Catholic Star FC and the family of Linus Issahaku reportedly passed on from a head injury he sustained in a football match in Walewale.

Doctors at the Tamale Hospital say he suffered cerebral haemorrhage, following a clash with an opponent. He was 15”

ALSO READ  Delay cries over her locked up cash in GN bank.

“I Won’t Lie To You, Kuami Eugene Does Not Know How To Talk” – KiDi Backs Guru’s Loose Talk Comment

Bla Yaw - 26th February 2021
0
It could be recall that, amid the beef between Ghanaian rapper Maradona Yeboah Adjei known by his stage name as Guru and...
Read more

Pull down Funny Face‘s videos on YouTube – family upset with Kwaku Menu as...

Bla Yaw - 26th February 2021
0
In as much as Ghanaians are fighting the Lesbian, gay, bisexual, and transgender (LGBT) group in Ghana, a Ghanaian guy Identified as...
Read more

Therealone Kay - 26th February 2021
0
United Showbiz which is aired on UTV has become an abode of controversies since the inception of 2021. Starting...
Read more

“I Won’t Lie To You, Kuami Eugene Does Not Know How...

Pull down Funny Face‘s videos on YouTube – family upset with...