The Popular Legal Private Practitioner famously known as Lawyer Maurice Ampaw’s wife was died on the 17th of February, 2021 after suffering from a brief illness which hasn’t been confirmed to the Public yet.

Lawyer Maurice Ampaw’s wife who is known as Madam Evelyn Ampaw demise has been deemed as a sudden one because it was reported that she was not ill for a very long time.

Even recently, Lawyer Maurice Ampaw made some testimony about her late wife before her demise as he reminisced about how loyal her wife has been to him.

He revealed that, when he had nothing and still chasing his dream of becoming a Lawyer, her wife sticked by his side till he achieved his dream and settled down together.

ALSO READ  (Video)Guys destroys potrait of her girlfriend after she cheated and chopped his money with so called bestie.

This and many positive stories did Lawyer Maurice Ampaw says about her wife before she sadly passed away.

They gave birth two twins who are know as, Mary Rose and Nhyiriba Ampaw.

However, the One Week Observation of Madam Evelyn Ampaw was held at the residence of the Lawyer Maurice Ampaw, her husband. Sympathizers, Mourners and family members showed up in their numbers to console and mourn with Maurice Ampaw and his children. 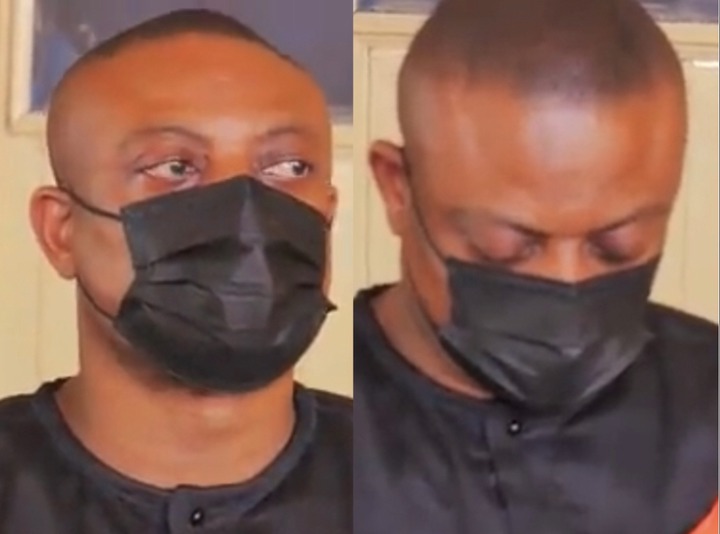 It was full of sadness in the faces and expressions of those who were present at the Observation. Maurice Ampaw is known as one bold and brave personality but couldn’t hide his tears as he bowed down his head sorrowfully.

The Lawyer really loved his wife as he always admit the the fact that she is one of the best things ever to happen to him. She died at the age of 48.

Not only Lawyer Maurice Ampaw was in tears but some mourners was also spotted shedding tears as Yaw Sarpong and the Asamofo song was being played.

The date for the final burial rite of Madam Evelyn Ampaw has been scheduled on the 24th of April, 2021 which will be taken place at the Charis Chapel located behind trade fair. The MC confirmed