Kofi Adoma Nwanwani aside his Journalist Job is also known as a Philanthropist, a Teacher and TV Presenter who is the CEO of Kofi TV. He currently works as the director of news for the Angel Broadcasting Network as he joined ABN mid last year.

The Multimedia lost most of their prominent staffs last year after Ohemaa Woyeje, Captain Smart, Nana Yaa Brefo and Kofi Adoma Nwanwani resigned to join the Angel Broadcasting Network as they have in this short period made Angel FM one of the lively. 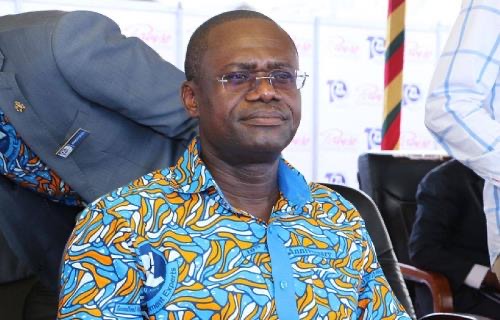 However, today being it 8th of March, 2020 is the CEO of the Multimedia company’s birthday who is known as Mr Kwasi Twum. Mr Kwasi Twum is known as a millionaire but barely flaunts his properties on the socials, he has remain low-key despite how most of his Radio and TV stations are among one of the best. He owns, Joy FM, Luv FM, Nhyira FM, Asempa FM, Adom TV, Hitz FM and Multi TV satellites.

ALSO READ  I Won’t Let You Tap Into My Fame For Free, Pay Before I Beef You - Awal To Bra Alex (+Video)

He is really a well renowned and established medi is very calm and humble. Happy birthday to Mr Kwasi Twum May he live long and continue to be blessed with his good works and helping to reduce unemployment in Ghana.

KT, we here at Kofi TV Celebrate you big time . We wish you all the best. Happy birthday 🎉🎈🎂🎁🎊”

ALSO READ  Meet Amanda, One Of The Beautiful Daughters Of Kennedy Agyapong

This photo of Mr Kwasi Twum is very rare as he was captured with Kofi Adoma, his former Boss.