Former Multimedia Journalist who currently works with the Angel Broadcasting Network (ABN) known as Nana Yaa Brefo has been very famous and more lively after joining the ABN with his verbal prowess and experience in the media space. 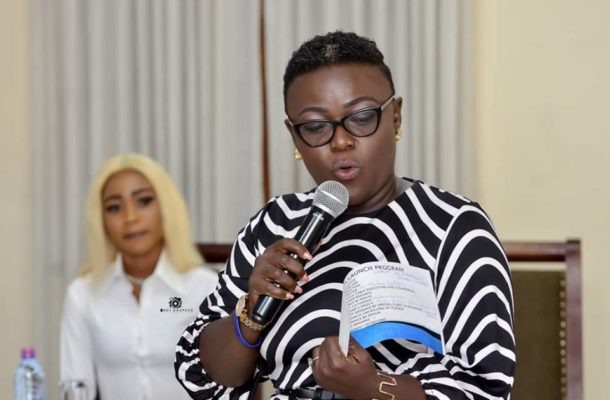 Nana Yaa Brefo after resigning from the Angel Broadcasting Network (ABN) placed Ghanaians into a total state of shock as to why she resigned suddenly but in a few months time, Nana Yaa Brefo bounced back on TV together with some top notch media personalities such as Kofi Adoma, Captain Smart and others.

She has already won many admirers to ABN with how she carry’s out herself on and off air.

Nana Yaa Brefo is one person who barely talks about her family matters or even flaunts her children on social media. Nana Yaa Brefo has one son who is also known as Kofi Brefo but haven’t been posting him on social media despite her fame in Ghana as one of the best local Radio Presenters.

Nana Yaa Brefo has finally flaunt Kofi as he is all grown now even getting closer to her mother’s height.

“What is he looking” as the picture portrays.

Nana Yaa Brefo’s son, Kofi really resembles his mother in terms of their facial looks and even their complexion.

ALSO READ  Did you ever know that NPP’s Nana Akomea is the CEO of STC?

Check out some comments;