DJ Advisor died on the 3rd of March, 2021 after suffering from a short illness which got rid of him suddenly. He is known as a well celebrated Disc Jockey who has helped many musicians to get hit songs in Ghana with his airplay.

DJ Advisor’s death came as a tragic shock to most Ghanaians especially musicians whom he helped them for their songs to reach many. According to reports, DJ Advisor didn’t fell sick for long but after a few days of his ailment, he gave up his Ghost after he wasn’t able to respond to treatment.

ALSO READ  Video: Shatta Wale and Sarkodie links up together at a night club as they chill together

The One Week Observation of DJ Advisor was held today at the Happy FM Premises where other prominent people in Ghana showed up in their numbers in other to pay their condolences to the celebrated disc jockey.

The celebration came to a successful end despite the sadness the remembrance of the DJ brought. Celebrities such as Kuami Eugene, Okyeame Kwame, Afia Schwarzenegger, Giovanni and Andy Dosty all showed up to mourn Isaac De Graft.

ALSO READ  Wizkid falls in love with a Ghanaian girl

The One Week Celebration came to a successful end as his final burial rite is being anticipated for.

Check out celebrities who showed up below; 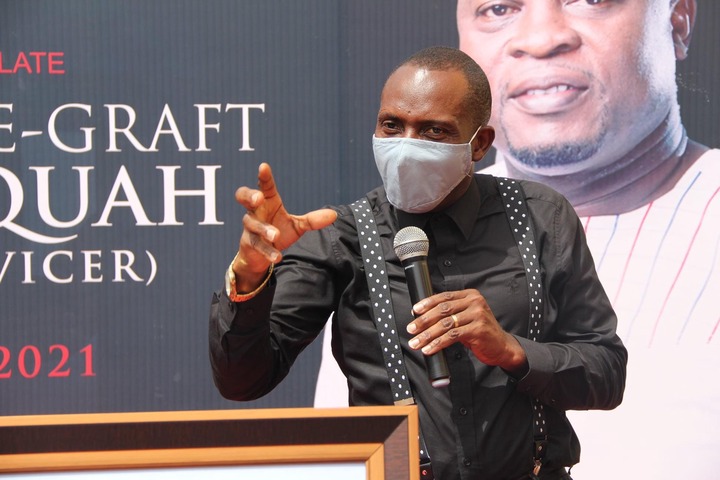 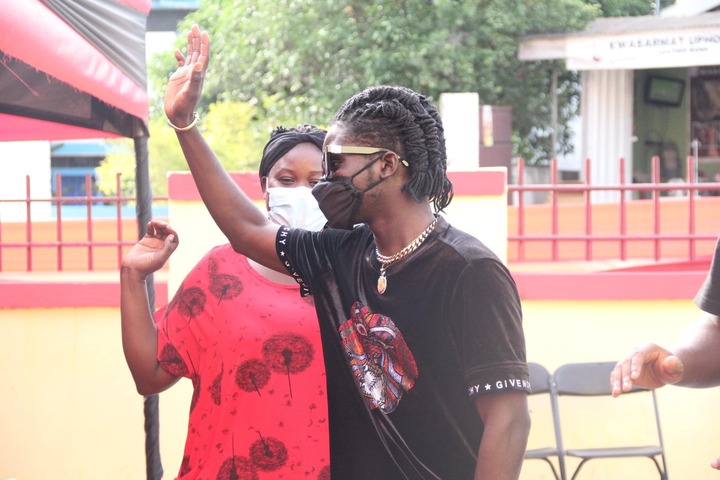 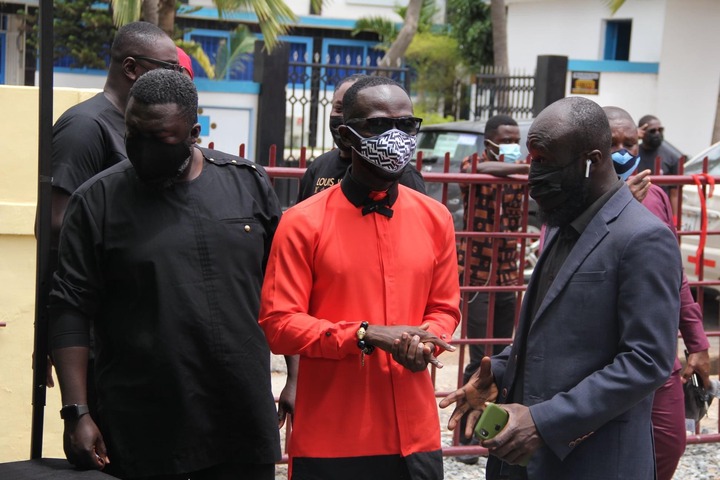 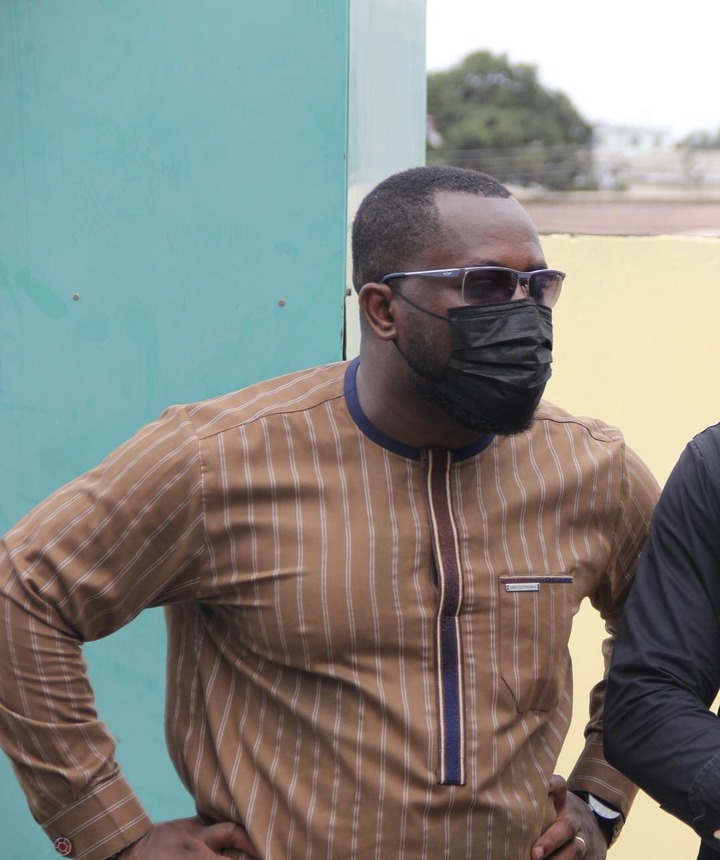 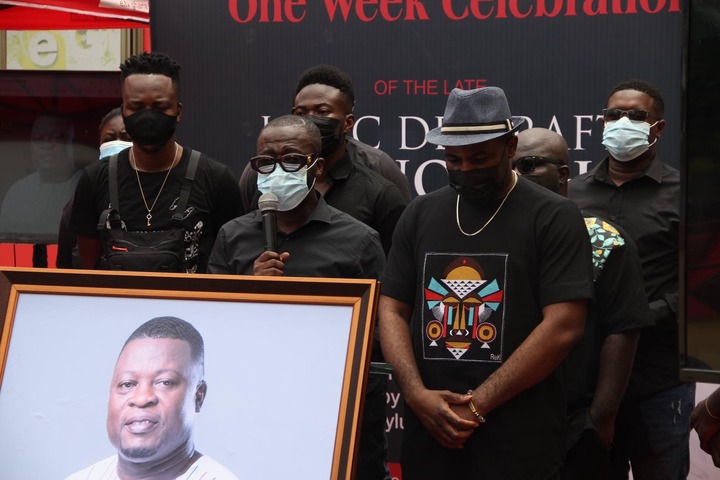 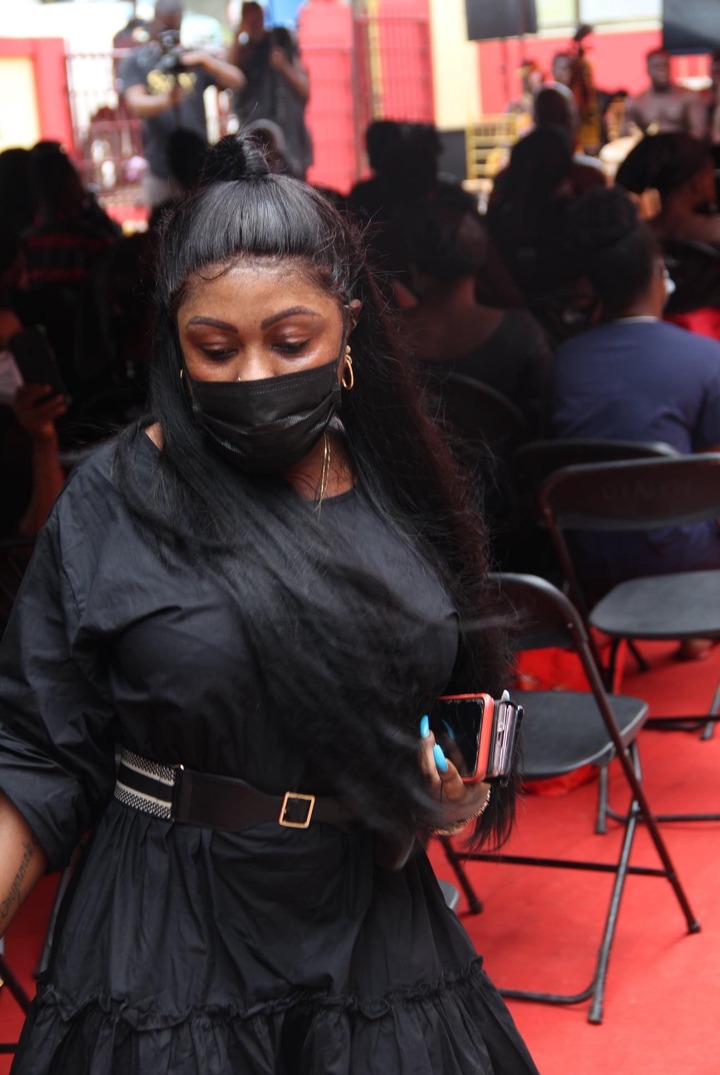