The highly rated tik tok star who doubles as the supposed daughter of the actor of Efiewura fame, Martina Dwamena aka Asantewaa has been hyped by Ghanaians with how exceptional and influential she has been on the Tik Tok App.

It’s just recently that speculation surfaced online that she is the daughter of the Veteran Actor, Koo Fori due to the good healthy relationship between them. 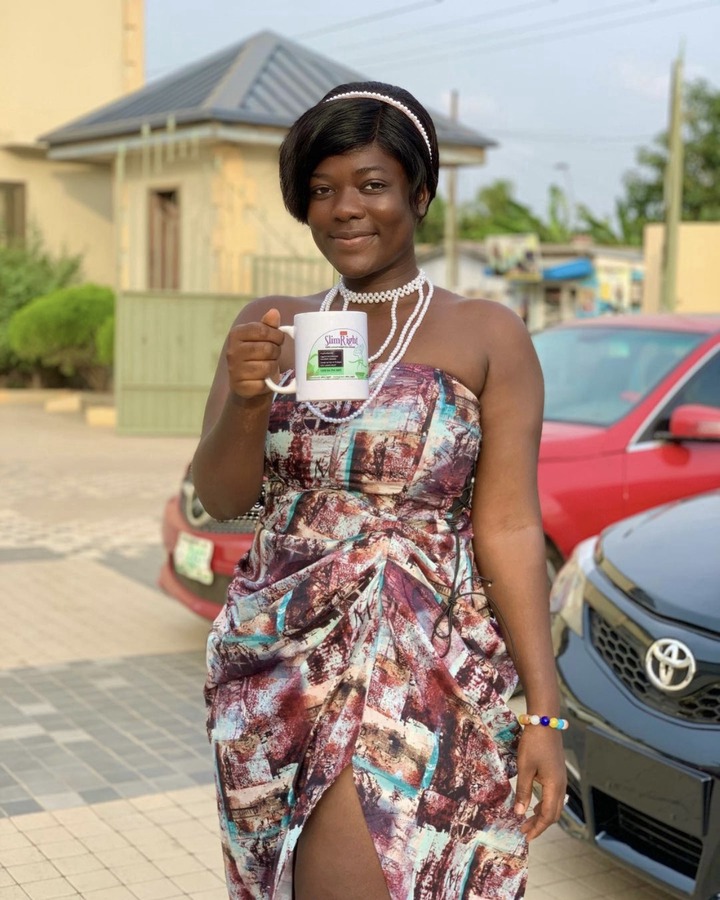 However, Asantewaa showed up on an interview at Ghpage TV to talk more on her popularity as she gave out brief revelations about her love life.

According to Asantewaa, she will like to be a celebrity because she has always wanted be an Actress due to her passion and talent for movie acting.

“After I completed SHS, I was employed as a teacher in a basic school but later on, i joined the Kumawood industry and starred in about 20 movies but then, I wasn’t much recognized by Ghanaians”

“Afterwards, I went into nursing at Offinso (Kumasi) and I have completed, I will be 27-years old this year and started movie acting when I was 17-years so it’s been about 9 to 10-years since I started acting”

“I am married, I have a husband but he is not interested in showbiz trends and he is not the social media type, I’ve been married since 2017 as I was 23 by then”

Asantewaa then revealed that, he don’t want her family matters to get into showbiz but only her because she is the one into showbiz.